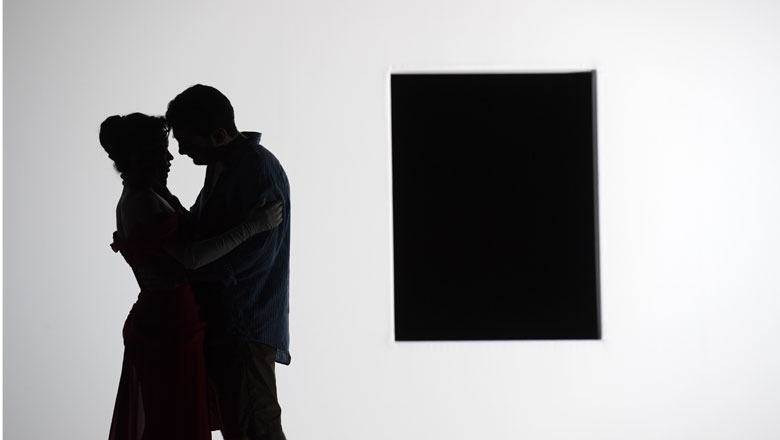 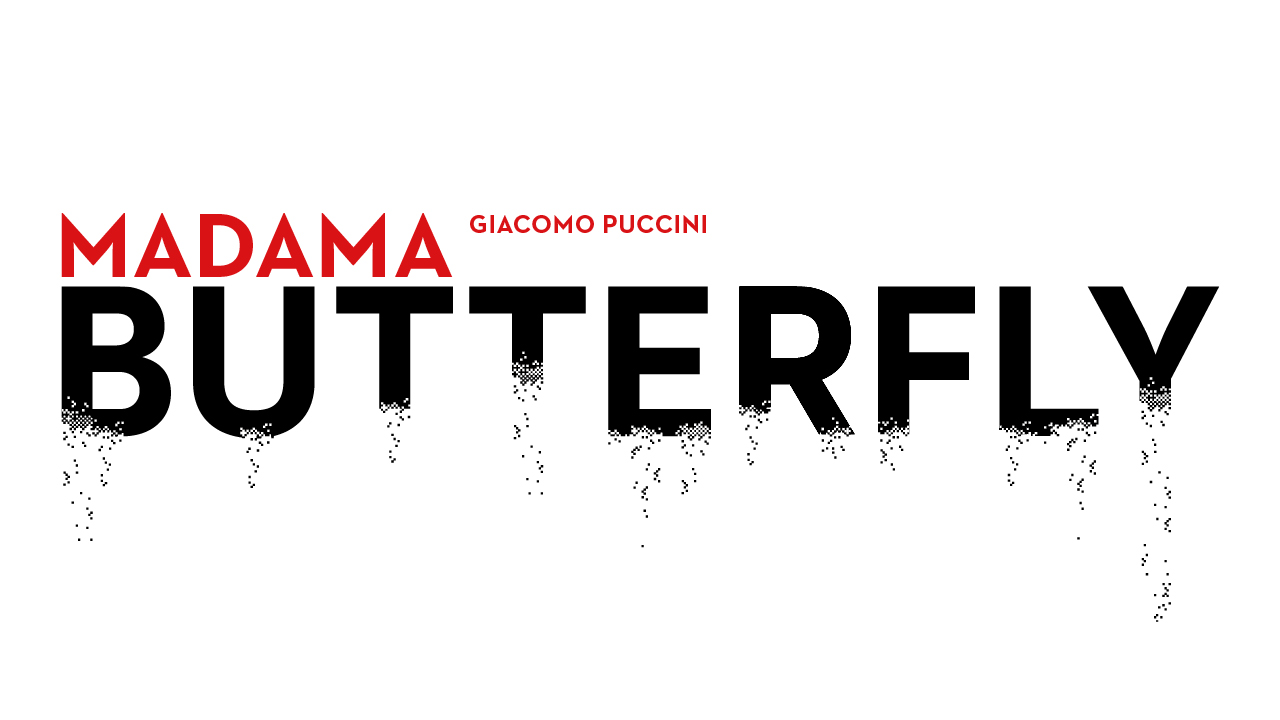 US Navy Lieutenant Benjamin Franklin Pinkerton is currently stationed in the Japanese port of Nagasaki. The marriage broker and real estate agent Goro has organised a house and bride for him; both on »999 year« leases with options to quit at a month’s notice. Goro shows him the house with its sliding walls, on top of a hill, and introduces the staff. When Pinkerton‘s friend Consul Sharpless arrives, he proposes a toast to their homeland far away – and the »real« American woman he’s going to marry when he gets back. Sharpless warns: his Japanese bride Cio-Cio-San, known as Butterfly, is serious about the imminent marriage. Butterfly arrives with her friends and relatives. Pinkerton’s captivated by her. She only has a few personal possessions; including a knife, with which her father committed suicide after falling from favour with the Emperor and being ordered to do so. Cio-Cio-San openly admits that this forced she and her mother into poverty and her to eke out a living as a geisha. Once the Imperial Commissioner and registrar arrive, the marriage is quickly concluded. Cio-Cio-San’s uncle Bonze bursts into the brief family celebrations. He found out that Butterfly renounced her religion to embrace her American husband’s faith, and curses her. The entire family renounce her and leave, cursing her. Pinkerton consoles his newly wedded bride. There’s no turning back for Butterfly: she declares that he is her destiny, and proclaims her love for him. Their wedding night begins; it’s a lovely starry night. ACT 2 Three years later. Cio-Cio-San had a baby after Pinkerton went away. They live alone with Suzuki in the house on the hill. Money’s running out. Butterfly firmly believes her husband will return as he promised, when robins build their nests again. Sharpless seeks Butterfly out to read her a letter from Pinkerton, but is interrupted by Goro’s arrival. The marriage-broker’s been badgering Cio-Cio-San for some time to take a new husband: rich Prince Yamadori, who’s now come in person to try and win Butterfly round. But she turns him down, because she’s not free; divorce isn’t as easy in America as it is in Japan. Yamadori leaves, but hasn’t given up hope. When Sharpless advises her to enter into this new relationship, because Pinkerton might never come back, she presents the son she bore him. She’d rather die than be forced to try and scrape a living as a geisha again. Sharpless withdraws, badly shaken. Suzuki furiously chases Goro away, who’s still prowling around the house warning that a fatherless child won’t have an easy life. The harbour’s cannon is fired: a gun salute marks the return of Pinkerton’s ship, the Abraham Lincoln. Cio-Cio-San starts waiting for him with Suzuki and her child. Night falls. When day dawns, Suzuki insists that her mistress rest. Cio-Cio-San withdraws. Sharpless and Pinkerton arrive; accompanied by Kate, who Pinkerton married in America. All three beg Suzuki to gently prepare Butterfly, because they want to take the child away with them. Pinkerton bitterly regrets his thoughtless behaviour: but can’t face seeing Cio-Cio-San again. When Butterfly appears and sees the unknown woman, she’s forced to realise the sad truth. When Kate asks her to give her the child, she says she’ll only hand him over to his father. She then asks everyone to leave her alone, including Suzuki. She takes her leave from her son and ends her life with her father’s knife.

Two young people enter into a relationship: For Cio-Cio-San, known as »Butterfly«, it’s a door to a new life, for navy officer Benjamin F. Pinkerton, just an exotic adventure; for her a bond for life, for him a stopgap »marriage«. Cio-Cio-San burns all bridges with her family ...  Puccini found inspiration in music from the far east to add local colour to his Japanese opera, which he combined with new harmonies and sounds of his own. As always with him it’s the melodies which reign supreme: and his Butterfly sings herself into our hearts.