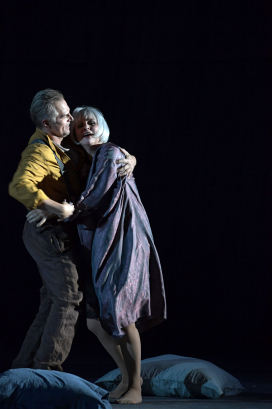 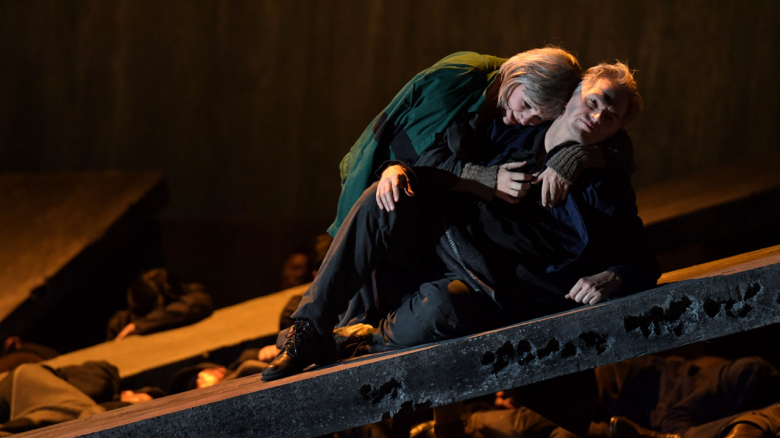 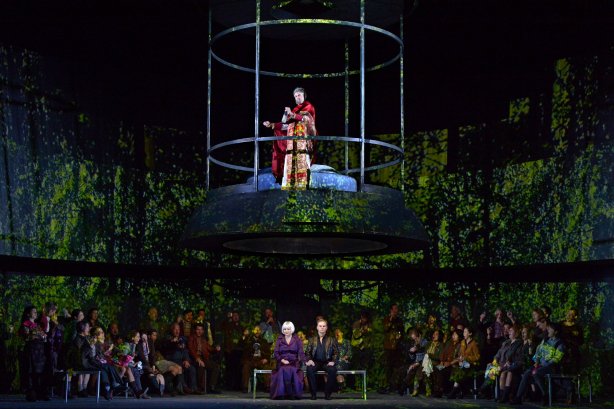 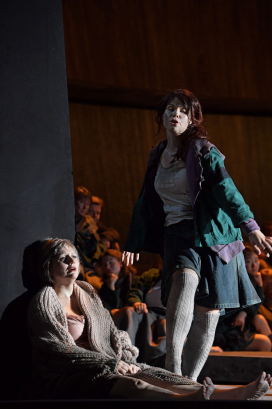 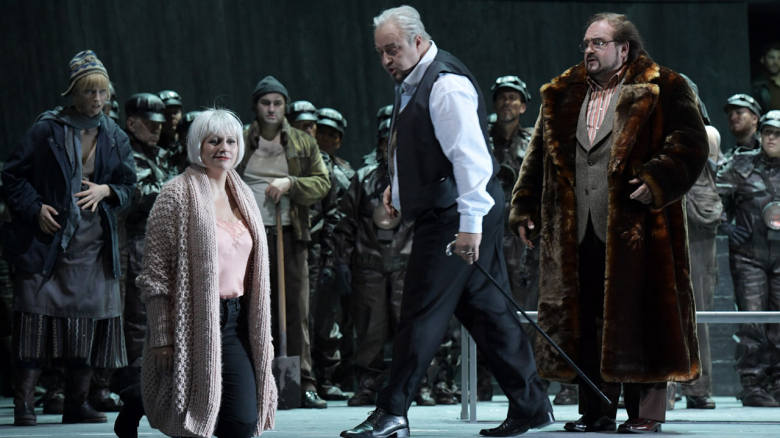 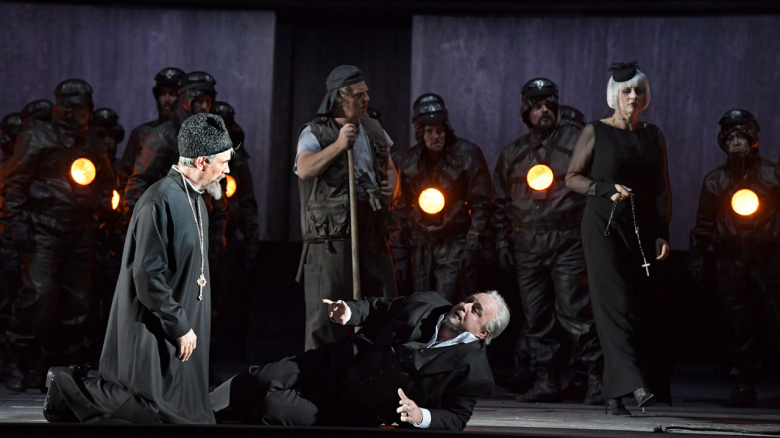 Sung in Russian with German & English surtitles
Introductory talks, in German, begin in the Holzfoyer half an hour before performances begin

Katerina's boring, unfulfilling life as the merchant Zinowi Izmailov's wife makes her miserable. Their marriage is childless. Her tyrannical father-in-law Boris Izmailov blames her for this, which she vehemently denies. When Zinowi has to go away on business Boris urges the workers to express their sorrow at being parted from him. He forces Katerina to swear to be true to her husband. Axinya, a servant, tells Katerina about Sergey, a newly hired hand: he was dismissed by his former employers for getting involved with the lady of the house. Sc. 2 The workers torment Axinya, who they've stuck in a barrel. Sergey's attempt to rape her is interrupted by Katerina's arrival. She reprimands the men and demands that they respect and value women. But she then gets into a playful wrestling match with Sergey. Boris turns up just as they are rolling about on the ground. Katerina saves the situation by saying she tripped over, and Sergey tried to help her up. Furious Boris sees the men off and warns Katerina that he will tell his son about the incident. Sc. 3 Boris, who keeps an eye on Katerina all the time, reminds her to go to sleep. She longs for tenderness and passion. Sergey appears just as she's gone to bed, pretending he wants to borrow a book. He seduces Katerina; after initial resistence, she gives herself to him. ACT 2 Sc. 4 Boris prowls around the house at night, and spies on Katerina. He's guessed her need for love. While he's fantasising about going to her bedroom himself, he sees Katerina and Sergey saying goodbye. He detains Sergey with the help of workers he yelled for, and forces Katerina to watch while he nearly whips him to death. He has him locked up in the cellar. Feeling hungry, he tells Katerina to prepare some mushrooms. She stirs rat poison into them. While Boris is doubled up in agony she takes the key to the cellar off him. Workers find the dying man begging for a priest; who can only give him a final blessing. Katerina feigns deep mourning. She manages to avoid suspicion being cast in her direction by pointing out that eating mushrooms late at night has proved to be many people's undoing. Sc. 5 Katerina and Sergey spend the night together again. He complains that he can never be the lawful man at her side while Zinovi's alive. Katerina promises to make him a merchant. While Sergey sleeps, Boris' ghost appears to Katerina, cursing her. Then she hears footsteps: Zinovi has come back and sneaked into the house. Sergey hides. Man and wife have a terrible row because Zinovi heard talk of Katerina's affair. She calls for her lover when Zinovi raises a belt to her. They kill Zinovi together and hide his body in the cellar. INTERVAL ACT 3 Sc. 6 Katerina and Sergey's wedding day. While they make their way to the altar a worker, called »the shabby one«, goes into the cellar looking for alcohol and finds Zinovi's body. He runs off to inform the police. Sc. 7 The thoroughly corrupt policemen are in a very bad mood because they weren't invited to the wedding by the Izmailovs. A socialist, suspected of atheism, is interrogated and taken away. The shabby one appears and reports his find. The delighted policemen set off under their captain's leadership. Sc. 8 The wedding celebrations are winding down. Katerina, to whom the priest sings a song of praise, is given three cheers and the bridal couple are constantly called upon to kiss. The guests end up drunk and fall asleep. Katerina sees that the cellar has been broken into. She tells Sergey to bundle all the money together and flee. But it's too late: the police march up. Katerina admits her guilt straight away. The couple are arrested. ACT 4 Sc. 9 Prisoners drag themselves through the vast steppes on their way to Siberia. When they camp by a water hole for the night, Katerina bribes a guard to let her go to Sergey, and find consolation. But he rejects her and accuses her of screwing up his life. He'd rather try and chat up Sonyetka, another prisoner, who demands stockings in return for her love. Sergey goes and asks Katerina – supposedly for himself – for stockings; which she gives him. While he triumphantly withdraws with Sonyetka, Katerina is mocked by the female prisoners. Katerina, tormented by feelings of guilt, is desperate. Sonyetka returns from Sergey's arms and humiliates Katerina further by thanking her for the stockings. Daybreak, and the guards give the order to depart. Katerina plunges into the water, dragging Sonyetka with her to their deaths. The prisoners continue on their way.

Nikolai S. Leskov wrote his novel Lady Macbeth aus dem Bezirk Mtsensk in 1864, three years after the abolition of serfdom in Russia. When Shostakovich took up the subject in 1934 for his second opera, its success was overwhelming. The composer drew on the fate of the businessman's wife Katerina Ismailova to underline the differences between the classes. Katerina's revolt begins when she enters a relationship with Sergei, one of the employers, while her husband is away. When her father-in-law Boris gets wind of this, she poisons him ... click on arrow above for synopsis.

When Stalin saw the opera two years after the world premiere he had an article published in Pravda, sharply attacking the composer and his work with the nasty headline »Chaos instead of Music«. Shostakovich, fearing for his life, went into internal emigration. But his exciting Lady Macbeth, in which the crude portrayal of Katerina's unbearable life is combined with outbreaks of ecsatic sensual lust and lyric moments, allows us to see deep into her heart and is performed, all over the world.