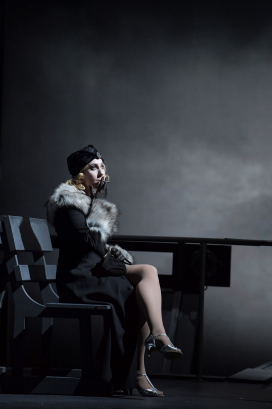 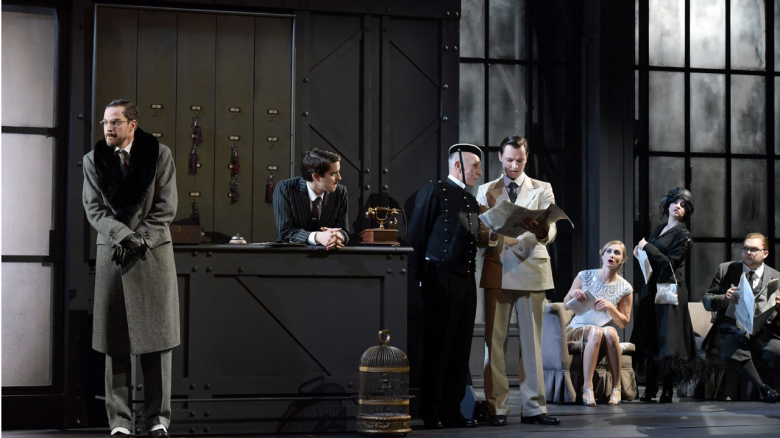 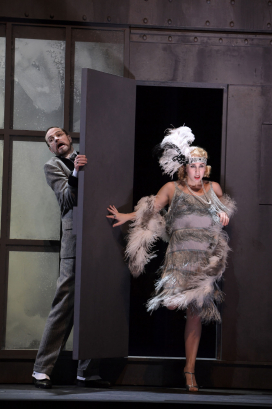 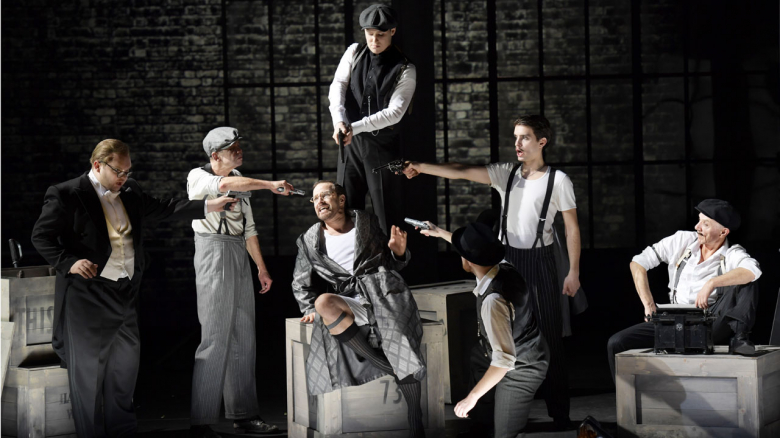 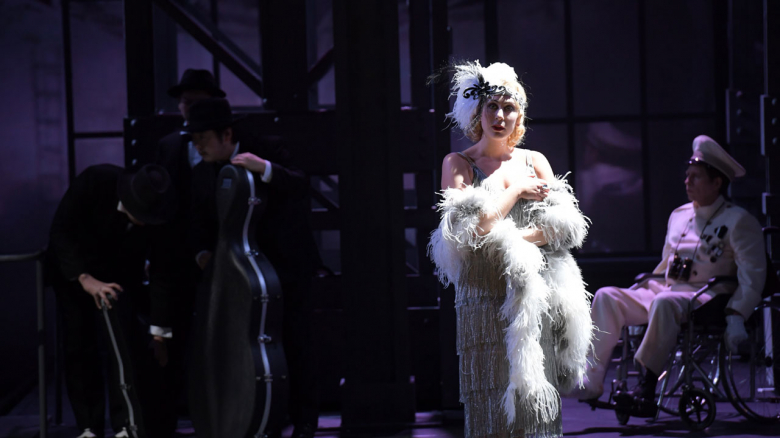 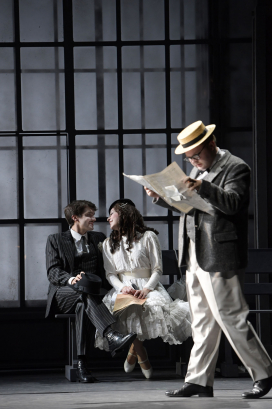 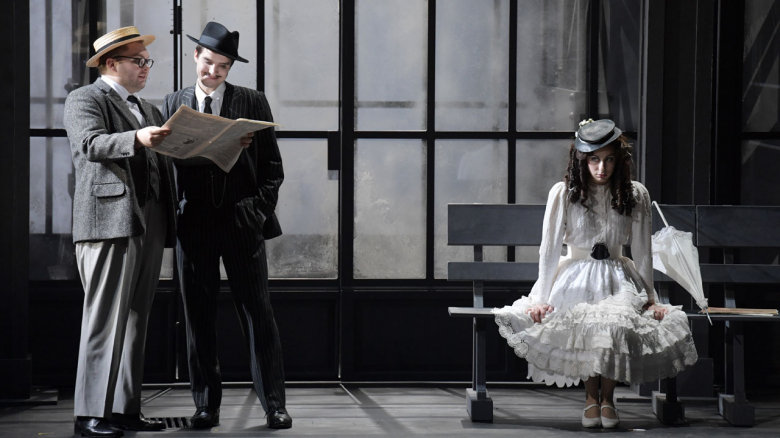 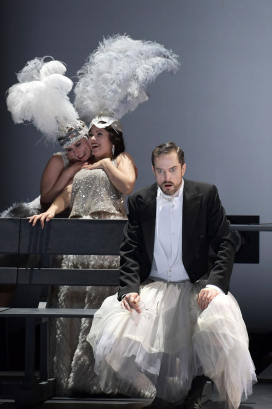 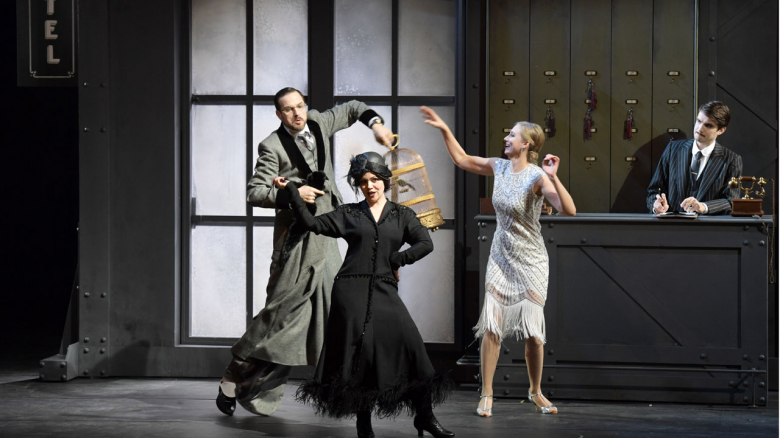 Sung in Italian with German surtitles.
Introductory talks, in German, half an hour before performances begin.

Paris. The latest edition of a newspaper is eagerly awaited in a station. Alberto complains to Madama la Rose that he still hasn’t found Mrs Right. Don Pomponio, a nouveau riche Neapolitan, has placed an advertisement in the Gazzetta for a suitable husband for his daughter Lisetta who, without his knowledge, has been going out with the hotelier Filippo for quite some time. Alberto falls in love with Doralice and, after some confusion, asks her presumed father Pomponio for her hand. Madama and Doralice eavesdrop on fuming Pomponio, who now intends to find a wife for himself and father an heir to inherit his fortune, instead of Lisetta. Doralice pretends she wants to marry Pomponio. Filippo now says he’s married to Madama la Rose, and announces an imminent, eminent guest: a Quaker who saw the advertisement and intends to ask for Lisetta’s hand. Interval Anselmo consents to the marriage between his daughter Doralice and Monsù Traversen, unaware of the fact that she, like Lisetta, has other ideas. Alberto‘s hopes crumble when he hears that the notary is already on his way to Doralice and Traversen. Filippo promises to help Alberto, if he manages to prevent Pomponio and Lisetta’s departure. A duel should play for time – Pomponio capitulates. Doralice tells Lisetta about Filippo’s new plan: both women will be abducted during a party. The young couples escape in the general mayhem. When they come back they are married, and ask their fathers for forgiveness.

Don Pomponio, Neapolitan, business-minded and nouveau riche tries to get his daughter Lisetta off his hands by advertising for a husband. But she decided, long ago, who she wants to marry, although her father knows nothing about it.

Rossini's operas have been thrilling audiences since 1815 – and not just in Italy. He was commissioned to breathe new life into the stagnating Teatro Fiorentini in Naples by writing no less than three operas in one year. So came into being his almost completely forgotten La gazzetta (1816) between his two box office hits Il barbiere di Siviglia (1816) and La Cenerentola (1817) – the only real Cinderella of the three, despite a very successful world premiere. Rossini wrote to his mother: »What a relief. The opera caused a furore, and everyone is surprised at how easily I managed to set the Neapolitan dialect to music. But I swear, I never heard my heart thumping so loudly as during the first night.«

Fifty years after Carlo Goldoni's Il matrimonio per concorso was performed for the first time Rossini decided to base his new opera on it, a dramma per musica which turned out to be a real treasure chest of musical material. The subject matter was very popular. No less than five different operas were written based on the story of this marriage advertisement, the last of them being Avviso al pubblico by Giuseppe Mosca and Gaetano Rossi, first performed in 1814. It is astonishing how much of the original text appears in Giuseppe Palomba's libretto for Rossini's La gazzetta. Some musical numbers are very well known – including a bit from Il turco in Italia and it shares its overture with La Cenerentola!