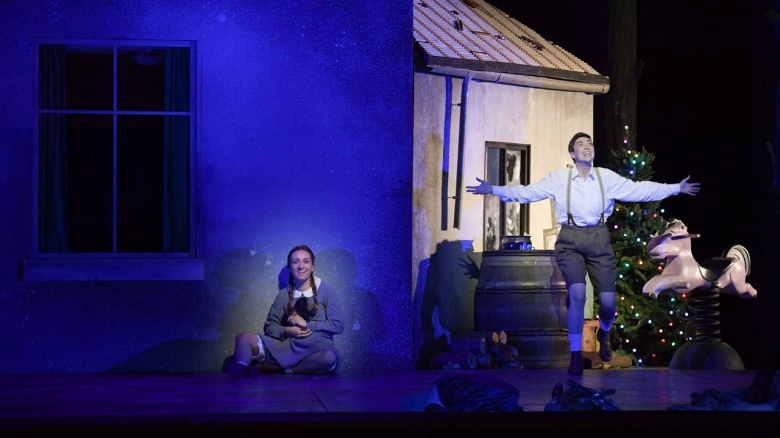 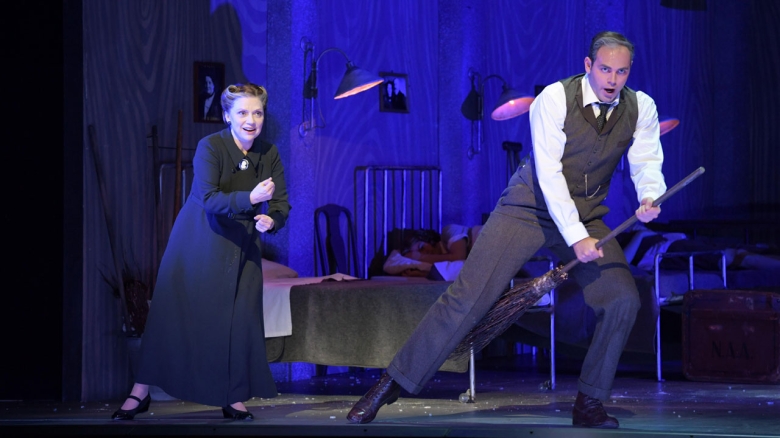 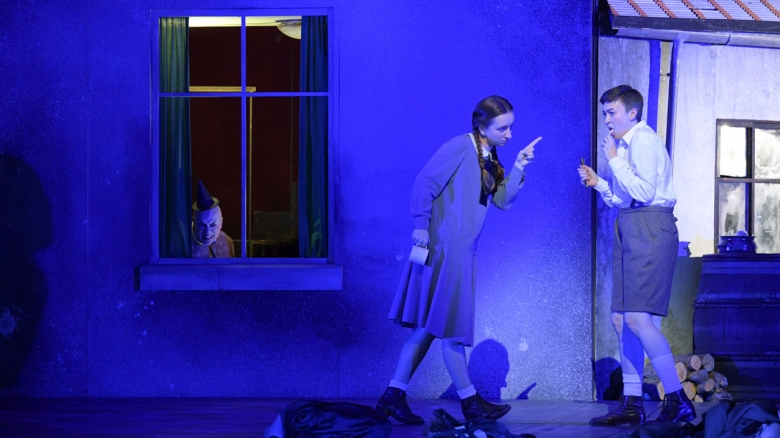 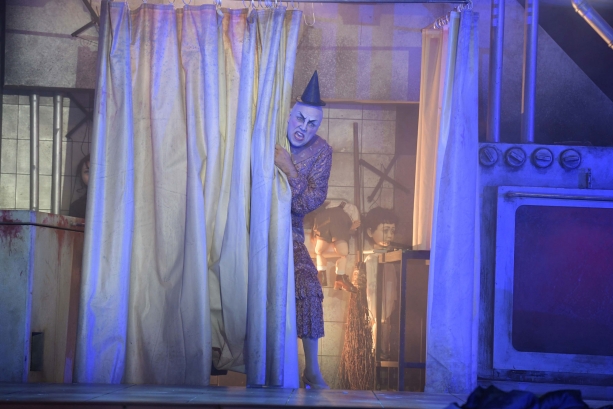 Humperdinck's opera's not quite the same story that you might have heard as a child: Hänsel and Gretel are alone at home,  supposedly working. They get hungry waiting for their mother to make some rice pudding, so start to dance and play to pass the time. Their mother comes back. Her disobedient children make her so cross that she smashes the milk jug and sends them off to collect berries in the woods. Their father comes home after selling some brooms, with lots of food. He reproaches his wife when he hears that the children are in the woods. They set off to find them. Evening in the wood. Hänsel and Gretel play and gobble up all the berries they collected. They get scared when it starts getting dark and they realise they're lost. The Sandman appears and sends them to sleep. The children see angels in a dream. Dawn arrives with the Dew Fairy. Hänsel and Gretel find the witch's house and begin to eats bits off it. The witch appears, pretending to be friendly; the children don't trust her and are put under a spell. Hänsel's locked up and Gretel must work for the witch. When the witch tells her to check on the oven Gretel pretends to be so stupid that the witch has to show her how to do it, and Gretel pushes her inside. The spell over the other lost children is broken. Their parents find them and everyone rejoices.

It was his sister Adelheid Wette who persuaded Wagner fan Engelbert Humperdinck to set some of her verses to music in the 1890s. These proved such a success with the family that he set about turning it into a full-scale opera, which was first seen in 1893.

Warner‘s rich in fantasy, psychologically fine reading of Humperdinck‘s opera brings the unconscious into focus: »The wonderful thing about the story is that Hansel and Gretel are determined not to pass their experiences on to the next generation. Their struggle against evil has taught them to look for a good path through life.«