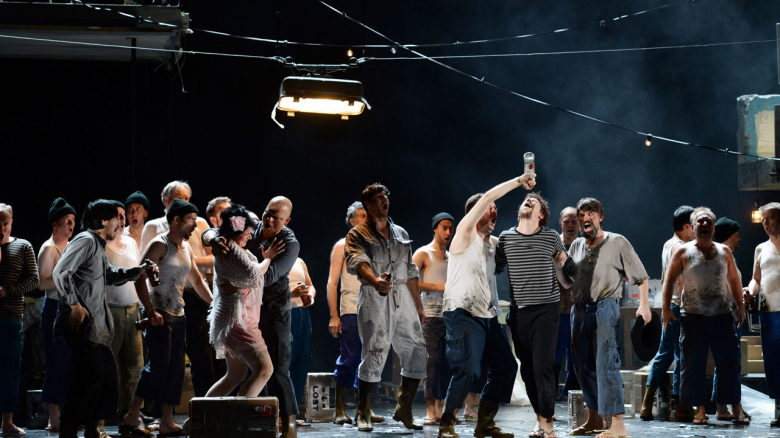 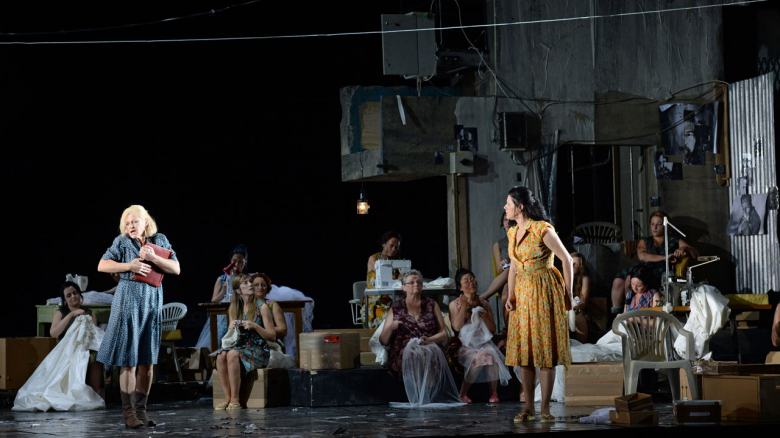 David Bösch sets the work in a poor village by the sea, in an incestuous, claustrophobic, dead end world, where seamen and tradesmen, like Daland, sell their daughters. Daland’s daughter Senta, desperate to escape, is prepared to commit to the Flying Dutchman and redeem his soul. The Dutchman's a sort of Ghost Rider, driven, fleeing ideals and dreams with his comrades. Senta and the Dutchman: two who are fleeing but cannot escape their past nor their surroundings. Only death can release them. Der fliegende Holländer / The Flying Dutchman is extemely important for Wagner’s later works. The libretto is tight, every situation, every character precise. The through-composed opera, a unified, with no interval. Senta’s ballad came first, »the seed for the rest of the music« a »condensed picture of the whole drama«. A thrillingly dramatic arc of a score without »any arias, duets, trios and all that stuff«.