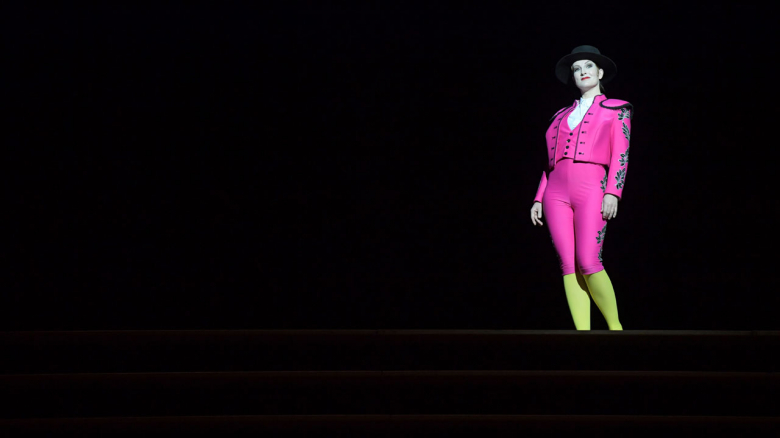 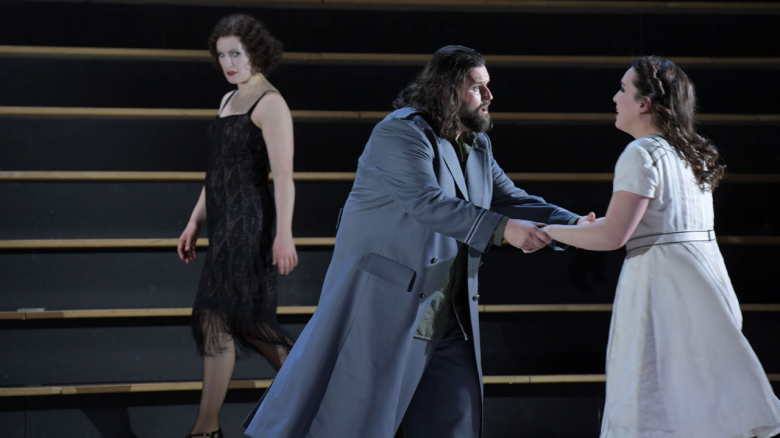 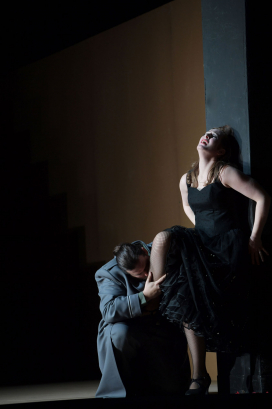 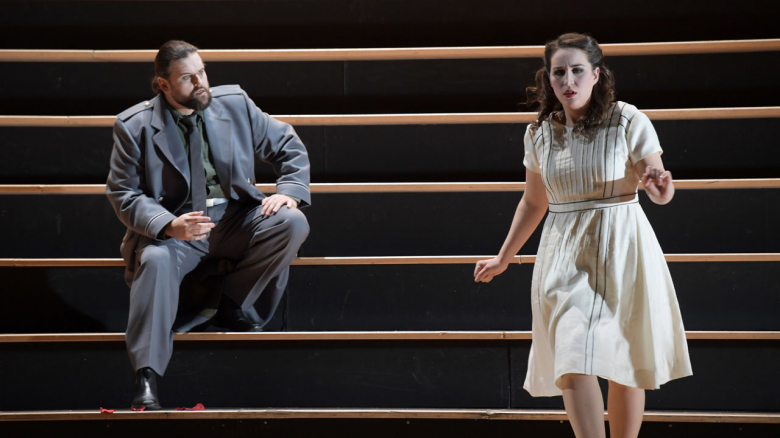 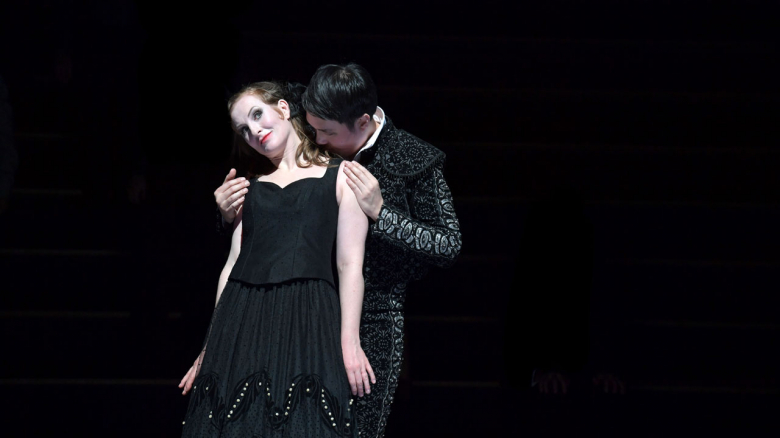 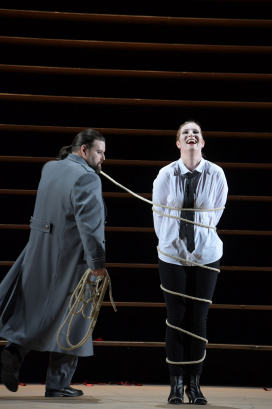 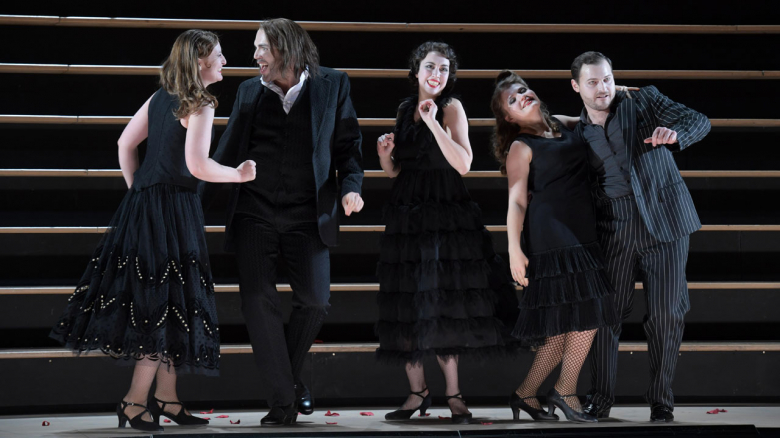 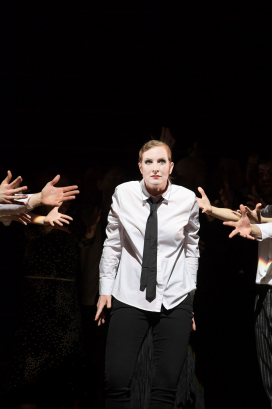 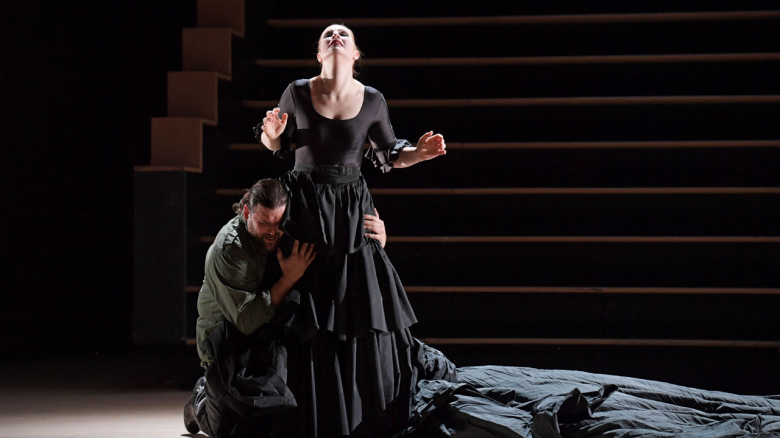 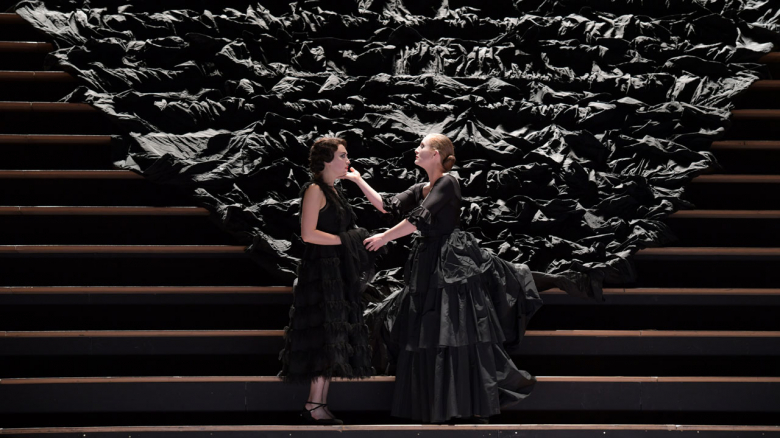 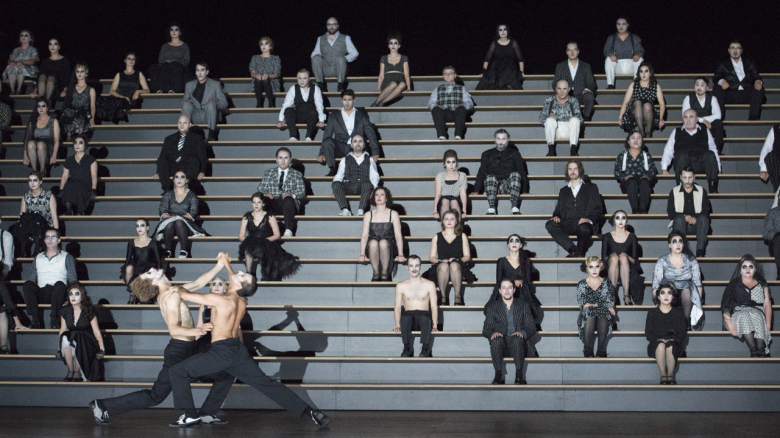 Sung in French with German & English surtitles
Introductory talks, in German, in the Holzfoyer half an hour before performances begin

Seville. Moralès and his soldiers look on as men pester a young woman, Micaëla, who is looking for Don José. She runs off, saying that she will come back when José is on duty. The women who work at the cigarette factory are taking a break, surrounded by men. Carmen has the most admirers. Only one man, José, takes no notice of her until she throws him a flower. He is confused and fascinated by her, and pleased when he sees Micaëla again. She, an orphan raised by José's mother, gives him a letter, money and, best of all, a kiss from his mother, which makes him forget seductive Carmen for a moment. Carmen is arrested for injuring one of her colleagues in the factory with a knife. Lieutenant Zuniga orders José to take her to prison. She seduces José with song and promises of love. He helps her escape, and is arrested. Lillas Pastia's tavern. Carmen and her friends Mercédès and Frasquita work with the smugglers Dancaïro and Remendado. Escamillo, the winner of the bullfight in Granada, appears. He is strongly attracted to Carmen, who is waiting for José, who is due to be released from prison that day, the reason why she refuses to take part in the next smuggling operation. José arrives at last. While Carmen dances for him, the tattoo is heard. The soldier, conscious of his duty, tells Carmen he must go. She is furious with him and doubts his love. Lieutenant Zuniga suddenly appears. José, driven by jealousy, attacks his superior. Zuniga is disarmed by the smugglers. There is now no turning back for José, he deserts. INTERVAL In the mountains. The smugglers try and transport their wares to Seville under the cover of darkness. José now lives with them and Carmen, who is fed up with his jealousy. The cards prophesy that both will die. When Escamillo, searching for Carmen, meets José they fight a duel, during which Carmen saves Escamillo's life. He invites her and the smugglers to the bullfight in Seville. Micaëla bravely approaches the smugglers to try and persuade José to come home. Only the news that his mother is on her deathbed can move him to follow Micaëla. Outside the bullring. Escamillo enters the arena for the bullfight, cheered by the people. Carmen wants to follow him. José blocks her way. José begs Carmen, for the last time, to follow him and start a new life. She refuses, throwing the ring he gave her to the ground. José stabs Carmen.

Everyone is fascinated by Carmen's craving for freedom. The motifs in Prosper Mérimée's novel provided ample inspiration for the composer, the unavoidable conflict between Carmen and Don José's totally different attitudes towards life ends in tragedy: Carmen drives Don José, trying to cross the boundaries of his infatuated love, out of his mind and turns his life upside down. His attempts to draw her into the order known to him, which he sees as her salvation, are doomed to failure. Bizet's music, much deeper than it might appear at first glance, describes these diverse nuances. Varieté like lightness and ecstasy collide with the rather more straight-laced Don José and Micaëla. It's a long way to fall: from carefree-ambiguous operetta to tragedy. Barrie Kosky's hugely successful production gets rid of the usual stereotypes in Carmen, bringing a breathless, fresh revue with dramatic depths and black humour to the stage and flabbergasting the audience.