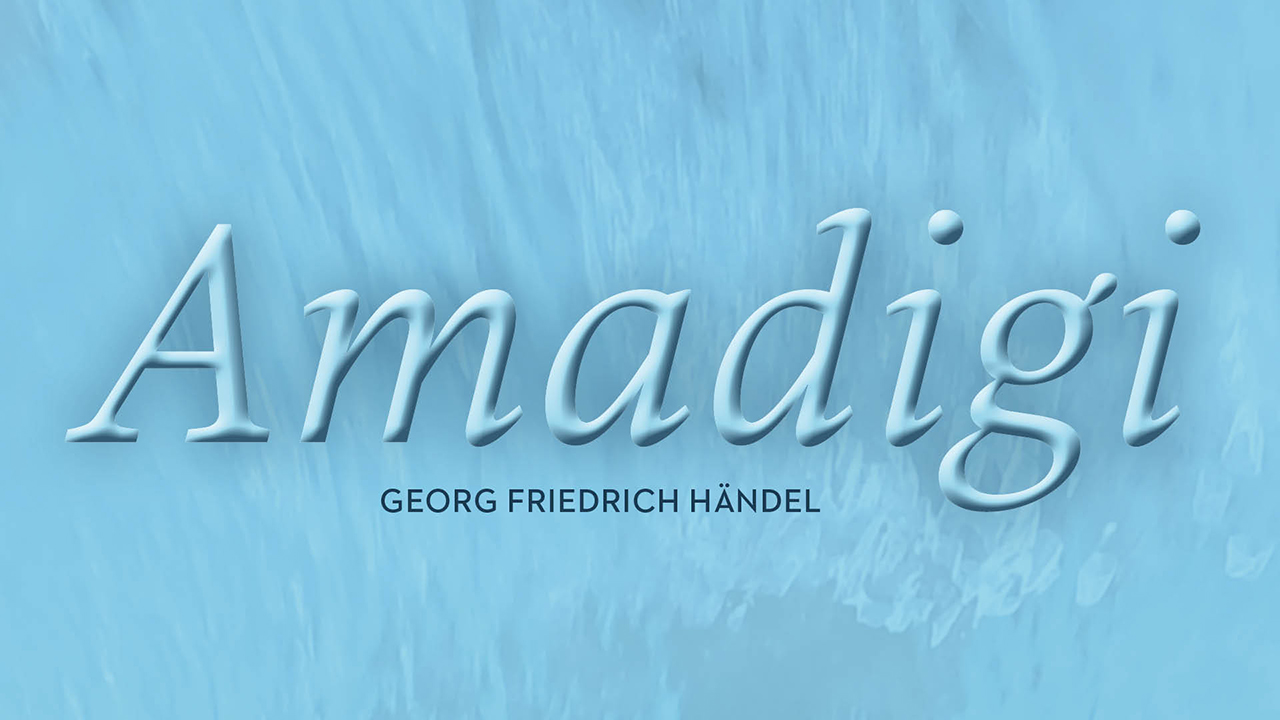 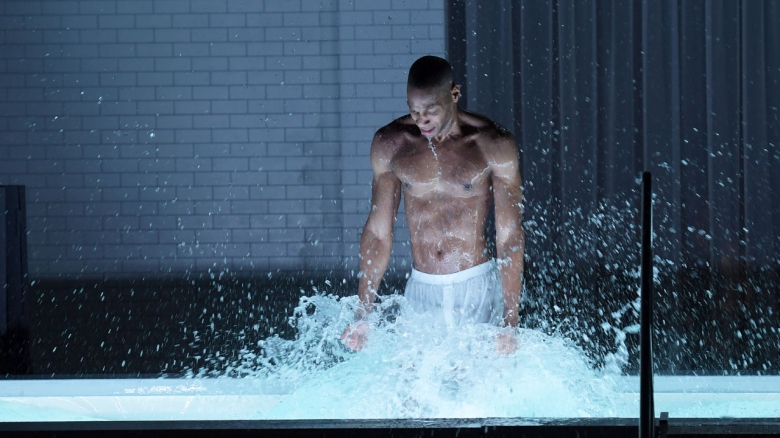 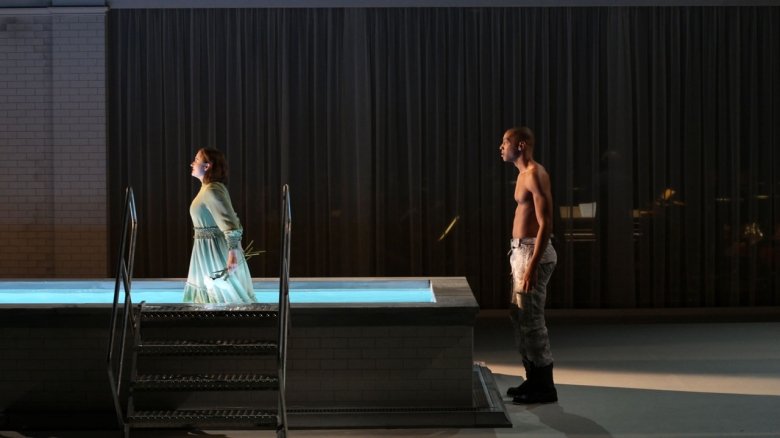 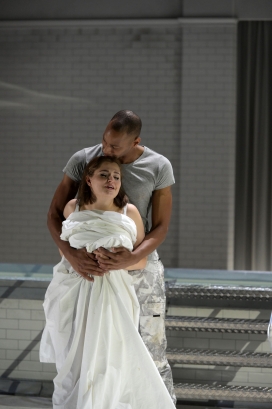 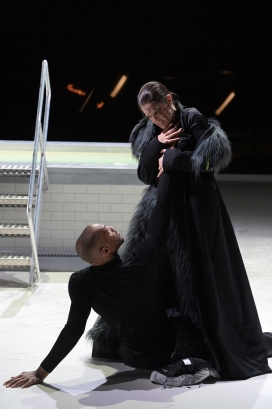 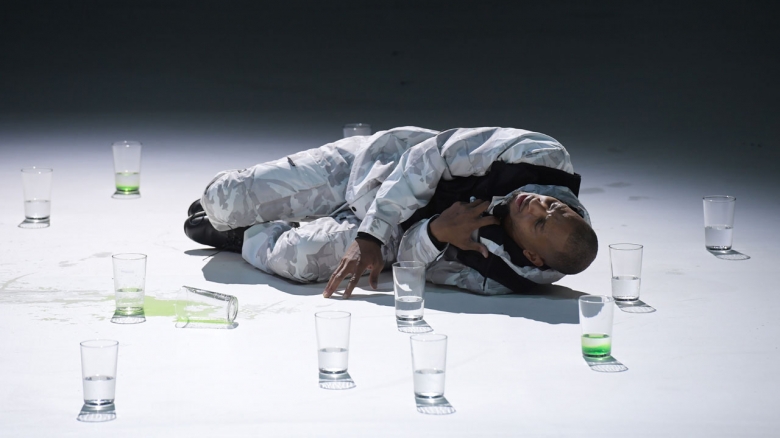 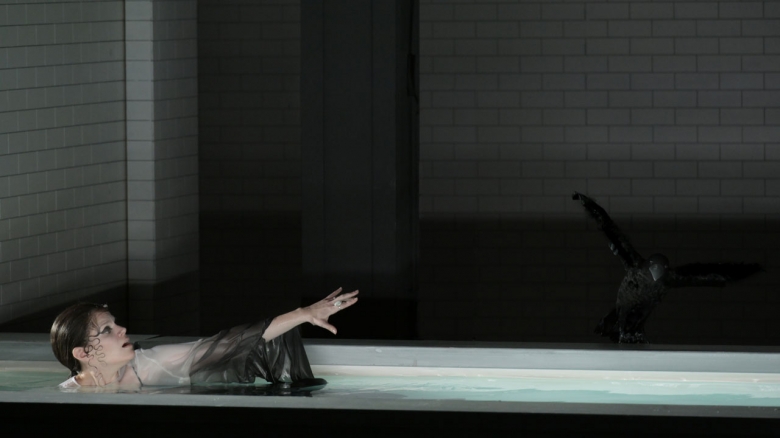 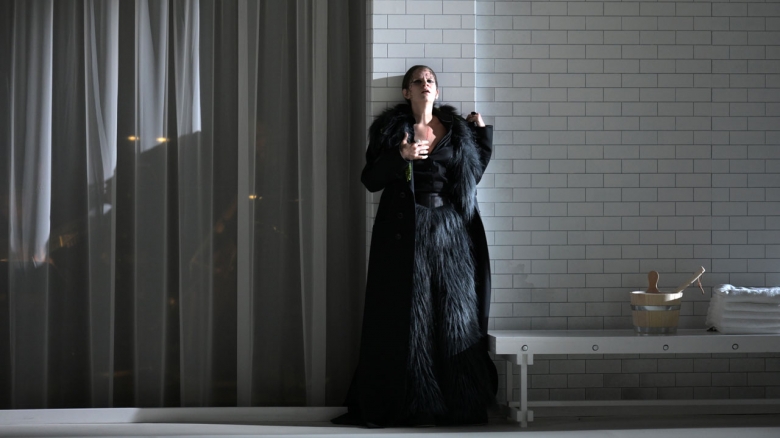 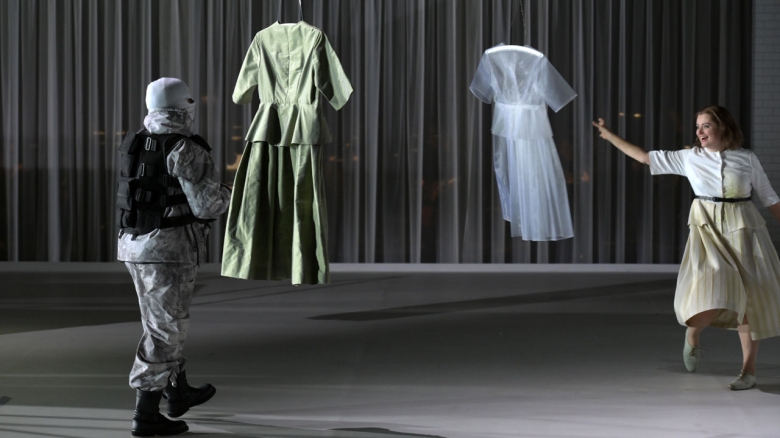 Sung in Italian with German surtitles
Introductory talk, in German, probably as video, available here not long before opening night and on YouTube

Two friends, Amadigi and Dardano, are trapped in the sorceress Melissa's realm, waiting until evening to escape. Before they attempt to flee, Dardano realises that Amadigi's in love with Oriana, whom he adores. Dardano conceals his feelings and, claiming to want to go and find a good escape route, intends to join forces with the sorceress. He tells her about Amadigi's plan. She prevents his escape and tries to win his love using magic and threats. He spurns her, professing his love for Oriana, who's also in Melissa's power. While Dardano's begging the sorceress to channel Oriana's feelings for Amadigi in his direction, Amadigi manages to find Oriana. They promise each other everlasting love and fidelity. But Melissa's demons thwart their plans: by abducting Oriana. Alone, Amadigi longs for death and bemoans his plight to the fountain of true love. This should tell him if Oriana is faithful to him but the fountain, manipulated by Melissa, shows him an Oriana embracing Dardano. Amadigi faints. Melissa takes her revenge by sending Oriana to him. Thinking Amadigi dead, she wants to kill herself. But Amadigi comes to, calling her faithless and cruel. Oriana protests her innocence. Amadigi, desperate, threatens to kill himself. Melissa appears just in time to prevent the deed, but Amadigi rejects the sorceress in no uncertain terms. Part II Dardano, inconsolable because he still can't win Oriana's love, turns to Melissa for help. After promising to use deception to make his friend's beloved cooperative, Melissa makes Dardano look just like Amadigi. Thus Oriana becomes reconciled with the false Amadigi, professing her love for him. When the real Amadigi appears Dardano, thinking he's been recognised, tries to flee. But Amadigi kills him. Oriana, refusing to be intimidated by Melissa's renewed threats, mocks her ridiculous magic. Melissa, completely at a loss, intends to summon the furies of hell against the lovers. She threatens to kill Oriana, hoping to blackmail Amadigi and win his love. The couple appeal to the sorceress' compassion, but Melissa's hellbent on revenge and conjures up Dardano's ghost. Contrary to expectations he proclaims protection for the lovers and the end of Melissa's magical powers. The sorceress tries to kill Oriana, but can't, so takes her leave from life. Oriana and Amadigi are free. A new age dawns.

They hoped to enjoy the "fount of true love" amid emotional chaos. One plays a trick - and dies

Handel's opera follows in the footsteps of a knight, Amadis of Gaul, and his adventures. The audience was lured into the world premiere in London by spirits, demons and fantastic transformations, even if these spectacular stage effects only served as a framework for an intimate chamber play with finely drawn characters. Handel and his librettist found what they needed for their new staged magic, with amorous entanglements, in a French libretto by Houdar de la Motte. Knights in shining armour were bound to be a hit with the public. It's about four people. Amadigi and his friend Dardano, the witch Melissa and Oriana. The witch ends up killing herself in despair. Handel came up with new, poignant musical ideas for her death scene.

Handel chose high voices for his protagonists, in keeping with Italian tradition. Amadigi is described as his most intimate opera because of the tiny cast. His arias show how precisely he could convey emotions: the four main characters are tossed back and forth between rage and self-defence, despair and intoxicating love.

The director Andrea Bernard tells the story, of a work that has never been performed in Frankfurt before, with the audience sitting centre stage in the Bockenheimer Depot, so easily transportable into Amadigi's mysterious universe.