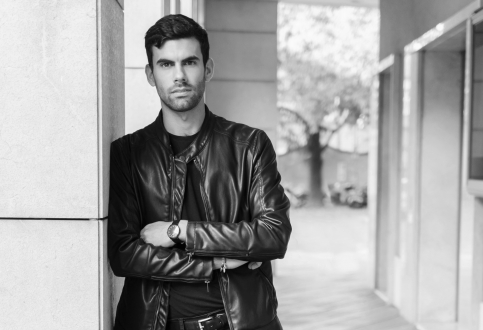 Bolzano born director Andrea Bernard is making his debut at Oper Frankfurt with this new production of Handel's Amadigi . He has directed many productions at various European opera houses in recent seasons including L’italiana in Algeri, La Cenerentola and La fille du régiment at Theater Biel Solothurn, Don Pasquale at the Teatro Maggio Musicale in Florence and Lucrezia Borgia at the Donizetti Festival in Bergamo and has also enjoyed great success directing plays. Highlights in his career include a Carmen project for »OperaDomani« at the Teatro Sociale in Como and Bregenz Festival, which was then performed at Opéra de Rouen and the Théàtre des Champs-Élysées. He also directed Puccini's La Bohème at Astana Oper in Kazakhstan and La traviata at the »Como città della Musica« festival in Como and won important prizes including the 2016 European Opera Direction Prize for La traviata, which was seen for the first time as part of the »Festival Verdi« at the Teatro Verdi in Busseto. He was also a semi-finalist for the 2017 Ring Award in Graz, for Don Pasquale, and was nominated for »Best New Comer« at the 2019 International Opera Awards.