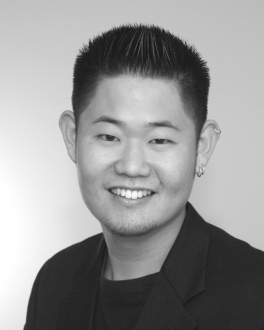 Vince Yi's astonishing soprano voice makes him something of a exception in his fach. This countertenor, who was born in South Korea and grew up in California, appeared at Oper Frankfurt for the first time in 2016, singing Fraarte (role debut) in this production of Radamisto when it first opened. After making his European debut as Piramo in Piramo e Tisbe (2012 Music Festival Potsdam Sanssouci) roles have included Emilia (Catone in Uttica) at the Theater an der Wien, Opéra Royal in Versailles and Hessen's Staatstheater in Wiesbaden, Hunahpú (The Indian Queen) at English National Opera in London, Oper Perm, the Teatro Real in Madrid and Bolschoi Theater in Moscow and the title role in Artaserse in Versailles, at Cologne Opera and the Concertgebouw in Amsterdam. His triumphant interpretation of Sigismondo in Arminio at the Staatstheater in Karlsruhe was also heard at the Theater an der Wien. He sang Ruggiero in Alcina at Theater Basel in June 2019. He was awarded a scholarship by San Francisco Opera's Merola Program, made his debut in the Carnegie Hall in 2009 and teaches at the University of Michigan and Western Michigan University.