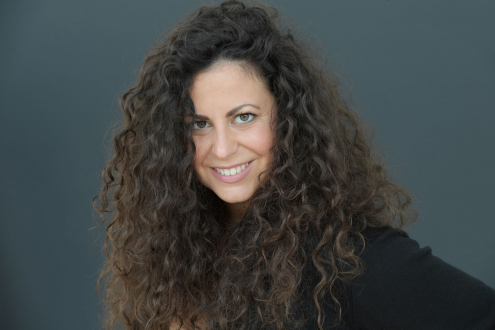 Bianca Tognocchi sang Gilda in Rigoletto at Oper Frankfurt in 2019/20 before joining the Ensemble in 2020/21, since when she has sung Susanna in Le nozze di Figaro, Madama Brillante and Olga Sukarew in new productions of Cimarosa's L'italiana in Londra and Giordano's Fedora and Despina in Così fan tutte. During the 2022/23 season you can hear her as Clorinda in La Cenerentola,  an Italian Singer in Capriccio and the Landlady / Crested Fowl in The Cunning Little Vixen. This Italian soprano sang Despina in Così fan tutte at the Mozarteum in Salzburg and Elvira in Rossini's L'italiana in Algeri at the Opéra national de Lorraine in Nancy. She studied at the Conservatorio Giuseppe Verdi in Milan and won prizes at many international singing competitions including the Renata Tebaldi, Marcella Pobbe and Magda Olivero competitions. She began her stage career in 2010, in AsLiCo productions. She's a regular guest at the Tirol Festival in Erl, where she sang the Nightingale in Braunfels’ Die Vögel / The Birds, Jemmy in Rossini's Guillaume Tell and Amina in Bellini's La sonnambula. Other engagements have taken Bianca Tognocchi to places including La Scala Milan, the Teatro Regio in Turin and Teatro Donizetti in Bergamo, the Opéra de Chambre de Genève and Ravenna Festival. During her time with Oper Leipzig she sang the title role in Lucia di Lammermoor, Adina (L’elisir d’amore), Frasquita (Carmen), Forest Bird (Siegfried), Esmeralda (Die verkaufte Braut / The Bartered Bride) and Gilda (Rigoletto), a role she also sang at Malmö Opera in 2018. She recently sang Lucia again at the Staatstheater in Darmstadt.