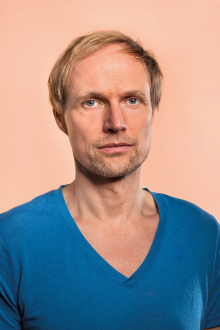 Wolfgang Vogler studied at the State University for Music and the Performing Arts in Stuttgart.  He began performing at the Staatsoper in Stuttgart, the Schillertheater NRW in Wuppertal, the Freie Kammerspielen in Magdeburg and Hans Otto Theater in Potsdam reguarly in 2000 and joined Schauspiel Frankfurt's Ensemble in the 2017/18 season. He recently worked with the directors Anselm Weber, Miloš Lolić, David Bösch and Fabian Gerhardt. He is in great demand as a reader and has taken part in many plays and works for radio and recordings.

Chamber Music in the Foyer