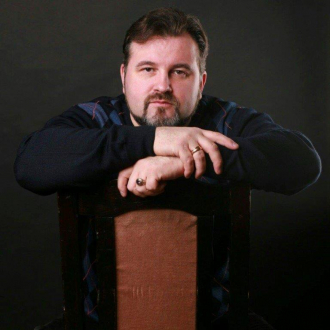 This tenor trained in St. Petersburg and is a member of the Mariinsky Theatre where recent roles have included the Duke (Rigoletto), Don José (Carmen) and Foresto (Attila) and where he can be heard this season singing, amongst others, the Merchant from India (Sadko) and Schuiski (Boris Godunow). Recent guest engagements have included Golitzin (Khovanshchina) at La Scala Milan and appearance at theatres including San Francisco Opera, Metropolitan Opera in New York, the Royal Opera House in London, Opéra national in Paris, the Teatro Regio in Turin and National Grand Theatre of China in Peking. Evgeny Akimov works with conductors including Lorin Maazel, Esa-Pekka Salonen, Valery Gergiev, Gianandrea Noseda and Semyon Bychkov. He sang the Shabby one in Lady Macbeth of Mtsensk at the Accademia nazionale di Santa Cecilia in Rome conducted by Mstislaw Rostropovitch, a role he also sang at the Teatro San Carlo in Naples. Now he is at Oper Frankfurt for the first time, singing Zinovi Izmailov in the same opera.