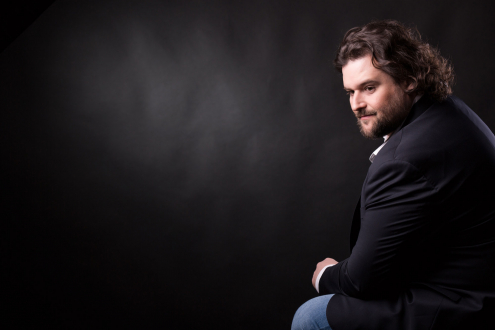 The French tenor Jean-François Borras back at Oper Frankfurt to sing Don José in Carmen, the role with which he made his debut here in 2019/20. He recently made his debut at the Théâtre des Champs Elysées in Paris, singing Lenski (Eugen Onegin), and can be heard soon as Don José at the Théâtre du Capitole Toulouse and Massenet's Werther at the Opéra de Monte-Carlo and Opéra de Lausanne. The role of Chevalier Renato des Grieux (Manon Lescaut) has taken him to the Opéra Bastille in Paris, the Opéra de Monte-Carlo, the Palau de les Arts Reina Sofía in Valencia and the Vienna State Opera. He is a regular guest at the Metropolitan Opera in New York, where roles have included Massenet's Werther, Nicias (Thaïs), Rodolfo (La Bohème) and the Duke of Mantua (Rigoletto). He studied at the Académie de Musique et de Théâtre Prince Rainier III in Monaco and his repertoire includes Nemorino (L’elisir d’amore), Macduff (Macbeth), Alfredo (La traviata), Edgardo (Lucia di Lammermoor), Raimbaut (Robert le diable) and the title role in Gounod's Faust. Other engagements have taken him to Covent Garden and the opera houses in Graz, São Paulo and Athens.