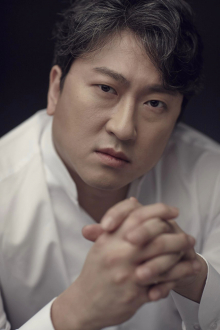 The South Korean bass Simon Lim is making his debut at Oper Frankfurt, singing Philip II in this revival of David McVicar’s stunning Don Carlo. He studied at Yeungnam University in Gyeongsan and the Accademia Teatro alla Scala in Milan, where he made his debut as Guccio Gianni Schicchi, which was followed by the title role in Le nozze di Figaro. Recent engagements have taken this singer to places including the opera houses in Verona, Oviedo, Bilbao, Amsterdam and Paris, the Israeli Opera in Tel Aviv and Glyndebourne Festival. His repertoire includes Mustafa (L’italiana in Algeri), Alidoro (La Cenerentola), Oroveso (Norma), Basilio (Il barbiere di Siviglia), Tom (Un ballo in maschera), Procida (Les vêpres siciliennes) and Timur (Turandot). Future plans include Nabucco at the Opéra de Marseille, Aida at the Deutsche Oper Berlin and Teatro La Fenice in Venice, where he can also be heard in Il trovatore. He sang President Wu Virtu in the world premiere of Mohammed Fairouzʼ The New Prince in Amsterdam. He won third prize at Plácido Domingo‘s 2010 »Operalia, The World Opera Competition«.