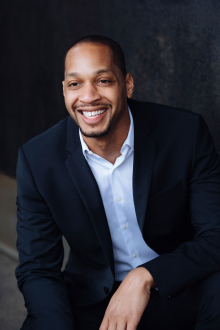 The American countertenor Brennan Hall is back at Oper Frankfurt, where he made his European debut in 2019/20 singing Andronico in a new production of Tamerlano, to sing the title role in this new production of Handel's Amadigi. His debut at the Bayerische Staatsoper in Munich followed on from Tamerlano in Frankfurt, in Shostakovitch's The Nose under Vladimir Jurowski. Recent successes have included Medoro (Orlando) at Whitebox Art Center in New York, directed by R.B. Schlather, and Orlando in Jonathan Dawe's US-Premiere of Cracked Orlando at the Juilliard Center for Innovation in the Arts. He also covered the role of John Blue in Daniel Bernard Roumain's world premiere of We Shall Not Be Moved at Philadelphia Opera. Other highlights have included the title role in Phillip Glass’ Akhnaten at Indianapolis Opera, Arsamene (Serse) with the Bel Cantanti Opera Company and Secrecy in The Fairy Queen with the dell’Arte Opera Ensemble. He sang Horus in his first film - the River of Fundament - created by Matthew Barney and Jonathan Bepler. After this was screened for the first time at the Brooklyn Academy of Music he sang scenes from the film at the Holland Festival in Amsterdam. Recent concert work has included Bach's St. John Passion and B minor mass, Haydn's Nelson Mass, Handel's Messiah and Judas Maccabaeus, Vivaldi's Gloria, Schütz’ Jesus' Seven Words from the Cross, Monteverdi's Vespro della Beata Vergine and Dowland's First Book of Ayres. He made his debut at the Carnegie Hall in a masterclass held by Martin Katz as part of the Marilyn Horne concert series »The Song Continues« and took part in Rufus Wainwright's If I Loved You – Gentlemen Prefer Broadway – An Evening of Duets at the Luminato Festival in Toronto and Noël Nights in New York's Town Hall.