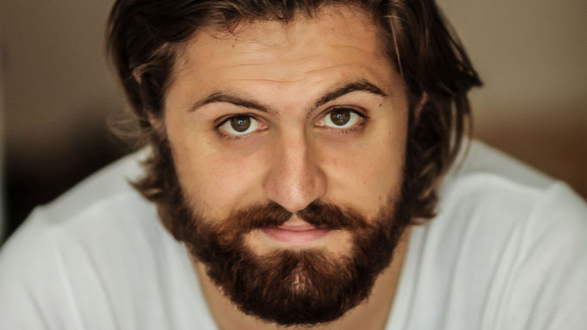 The German-Romanian baritone Konstantin Krimmel has won many competitions and prizes, including the the 2019 German Music Competition, the international Helmut Deutsch Lied Competition (2019), the 2018 international Haydn Competition Rohrau for classical Lieder and arias, the 2018 Rising Stars Grand Prix International Music Competition Berlin (Lieder category, with Doriana Tchakarova) and Gian Battista Viotti International Music Competition. He was born in 1993 and sang with the St. Georg's Choristers in Ulm. He studied with Prof. Teru Yoshihara in Stuttgart until 2020. He has appeared in recital with Malcolm Martineau, Helmut Deutsch, Daniel Heide and Markus Schirmer at venues including the Deutsche Oper Berlin, the Bayerische Akademie of Fine Arts, the Konzerthaus in Berlin, Heidelberg Spring Festival the Schubertiada in Barcelona, Tetbury Music Festival and Oxford Lieder Festival. He has sung Roberto / Nardo in Mozart's La finta giardiniera, Zoroastro in Handel's Orlando and Leporello on stage and Jesus in a staged peformance of Bach's Matthew Passion at Hessen's Staatstheater in Wiesbaden, where he returned recently for Figaro in Le nozze di Figaro. Recent concert work has included Handel's Brockes Passion with the Arcangelo Ensemble in London, Haydn's L'anima del filosofo with the Austrian-Hungarian Haydn Philharmonie Enrico Onofri in Eisenstadt and Bach cantatas with the RIAS Chamber Choir. He has been under exclusive contract to the Alpha label since 2019. His first CD of Lieder -Saga - was highly praised. He made his debut at the Schubertiade in Hohenems in 2020 and plans include a recital in the Wigmore Hall in London. Other future plans include tours with the Nederlands Kamerkoor and Peter Kijkstra and Kammerorchester Basel and René Jacobs.