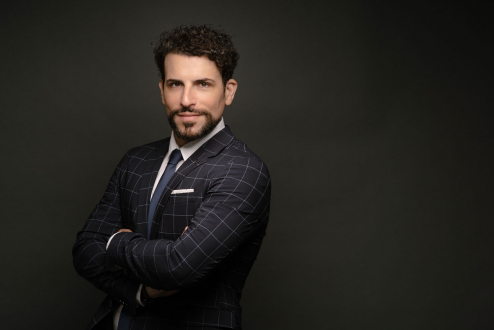 This Italian tenor started his career in the bel canto fach singing roles such as Lindoro (L‘italiana in Algeri), Almaviva (Il barbiere di Siviglia), Elvino (La sonnambula, at the Rossini Opera Festival in Pesaro) and Ernesto (Don Pasquale, on tour with the Glyndebourne Festival). After making his debut with the title role of Mascagni's L’amico Fritz he gradually moved into more lyrical roles such as Alfredo (La Traviata) in Florence and Marseille, Fenton (Falstaff) at the Opéra de Monte-Carlo, Arnoldo (Guglielmo Tell) in Turin, Toronto and Geneva, Edgardo (Lucia di Lammermoor) in Genua and Arturo (I puritani) in Turin. He sang Egeo in Rossini's Medea in Corinto at the Martina Franca Festival and Léopold in La juive in Lyon. He made his debut at the Deutsche Oper Berlin singing Alfred in Die Fledermaus. His repertoire includes Mozart roles such as Don Ottavio and Ferrando, Rossini's Argirio (Tancredi), which he sang at theThéâtre Royal de la Monnaie in Brussels, Osiride (Mosè in Egitto, at the Teatro San Carlo in Naples), Idreno (Semiramide, at the Teatro La Fenice in Venice) and the title role in Otello which he sings now while appearing at Oper Frankfurt for the first time. Enea Scala comes from Ragusa and studied at the Conservatoire in Bologna. He recently sang the Duke of Mantua in Marseille and Macerata. Later this season he can be heard in the title role of Les contes d'Hoffmann in Brussels, as Pollione in Norma at the Theater and Roberto Devereux at the Teatro La Fenice.