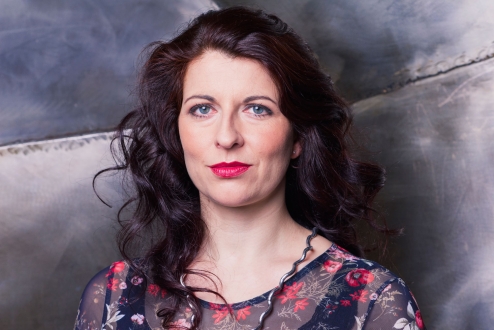 Dshamilja Kaiser has been a member of the ensemble at Theater Bonn since 2017/18, where she has enjoyed great success as Carmen, Schoeck's Penthesilea, Ortrud in Lohengrin and Santuzza in Cavalleria rusticana. Now she's back at Oper Frankfurt, where she sang Madame Flora in Menotti's The Medium, to repeat her wonderful portrayal of Adalgisa in Norma - a role she sang when she made her debut in the house in 2019 and at Den Norske Opera in Oslo. She appeared at the Tirol Festival in Erl for the first time in 2019/20, as the Foreign Princess (role debut) in a new production of Rusalka, returning in the summer of 2021 for Fricka and Ortrud in new productions of Das Rheingold and Lohengrin. She sang Roßweiße in Die Walküre under Daniel Barenboim at the Staatsoper in Berlin. Engagements in 2020/21 included Lisa in Weinberg's Die Passagierin / The (female) Passenger at Oper Graz and Lady Macbeth in the first performances in Germany of Pascal Dusapin's Macbeth Underworld at the Staatstheater in Saarbrücken. Dshamilja Kaiser, a regular guest at the Bregenz Festival, was awarded the 2015 Austrian Opera Prize in the »Best Up and Coming Singer« category. She has appeared in concert many times at home and abroad at venues including the Musikverein in Vienna. She was under contract to Theater Bielefeld and then Oper Graz from 2009 – 2017 after studying at the Music University in Detmold.