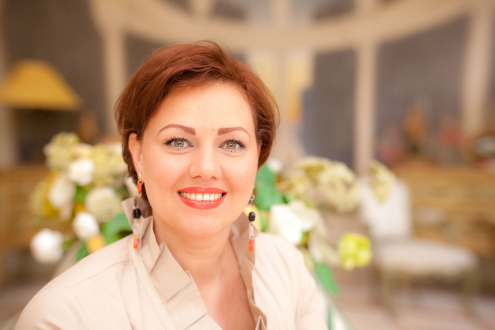 The Romanian soprano Carmen Topciu is making her debut at Oper Frankfurt, singing Eboli in this revival of David McVicar’s wonderful production of Don Carlo, and her return to the company has already been planned. She graduated from the "Gheorghe Dima" music academy in Cluj-Napoca and made her operatic debut in 2006, as Rosina in Il barbiere di Siviglia. She then studied with Mariella Devia before making her debut in Italy in 2011. She has often been engaged to sing the title role in La Cenerentola and sang the title role in Carmen at the Teatro San Carlo in Naples, Isabella (L’italiana in Algeri) at the Teatro Grande in Brescia, Teatro Ponchielli in Cremona, Teatro Aligheri in Ravenna, Teatro Sociale in Como, Teatro Fraschini in Pavia and Teatro Coccia in Novara. She also sang Arsace (Semiramide) and returns to the Teatro San Carlo Naples for Berlioz‘ Roméo et Juliette. She recently sang Carmen at the Teatre Principal Palma and Arena di Verona in 2016, in Cavalleria rusticana in Bucharest and Bologna, Nabucco and Aida at the Arena di Verona, Carmen in Shanghai, Nabucco in Naples, La forza del destino in Beijing, Adriana Lecouvreur at the Teatro Filarmonico Verona, Rigoletto in Turin, Il Trovatore at the Aalto Theater Essen and Anna Bolena at Opera Australia in Sydney. She won 1st prize at the 2007 Hariclea Darclée Competition in Braila, 2010 As.Li.Co Competition in Corno, and 2011 Puccini Competition in Lucca, to name but a few. Future plans include Cavalleria rusticana and Aida in Bari and Carmen in Sydney and Naples.