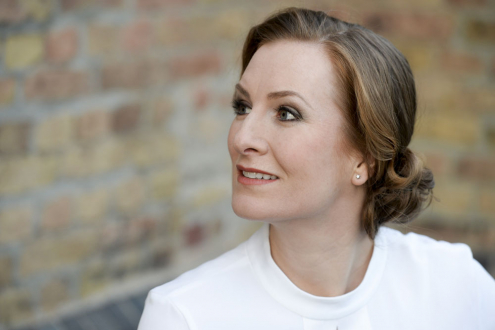 The Irish singer Paula Murrihy made her debut at the Metropolitan Opera in New York in 2017, singing Stéphano in Roméo et Juliette. Recent engagements have included Idamante (Idomeneo) and 2nd Lady (Die Zauberflöte) at the Salzburg Festival, Judith (Bluebeard's Castle) at Irish National Opera, Sesto (La clemenza di Tito) at the Nationale Opera Amsterdam, Donna Elvira (Don Giovanni) at the Concertgebouw Amsterdam and Frances (Gloriana) at the Teatro Real in Madrid. She has also sung at Zurich Opera, the Royal Opera House Covent Garden in London, the Staatsoper in Stuttgart, Théâtre du Capitole in Toulouse, in Santa Fe, Los Angeles and Edinburgh. She can be heard soon as Carmen at Irish National Opera in Dublin and Siebel (Faust) in Valencia. Paula Murrihy is now back in Frankfurt, where she was a member of the ensemble from 2009 - 2017 to sing Fauré's Pénélope (role debut), Polissena in Radamisto and the title role in Carmen. Her triumphs during her time in Frankfurt included the title roles in Carmen, Dido and Aeneas and Cesti's L’Orontea, Octavian (Der Rosenkavalier), Dorabella (Così fan tutte), the Composer (Ariadne auf Naxos) and Hänsel (Hänsel und Gretel). She works regularly and closely with Teodor Currentzis and MusicAeterna, with whom she recently performed Mahler's Lieder from Des Knaben Wunderhorn at La Scala Milan, in Munich and Budapest. This sought-after recitalist made her debut at the Wigmore Hall in London in March 2019.

Find out more about Paula Murrihy on her website