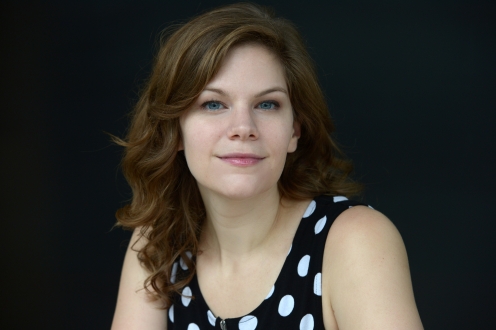 The American soprano Elizabeth Reiter joined the ensemble at Oper Frankfurt in 2013/14. During our 2022/23 season she sings the title role and 1st Lady in new productions of Carl Orff's Die Kluge / The Wise Woman and Die Zauberflöte, Tatiana (role debut) in Eugene Onegin and repeats her wonderful portrayals of the Vixen and Asteria in Tamerlano. Last season she added another Handel role to her repertoire: Melissa in a new production of Amadigi, sang Frasquita in Carmen and First Witch in Dido and Aeneas. She was one of the artists to appear online in concert as part of our „Opera Frankfurt at Home“ series. This versatile artist has performed many roles during her time in Frankfurt, including Armida (Rinaldo), Humperdinck's Gretel, Valencienne (Die lustige Witwe / The Merry Widow), Susanna (Le nozze di Figaro), Pamina (Die Zauberflöte), Anne Trulove (The Rake’s Progress), Renee / Alice in Neuwirth's Lost Highway, and a Walküre. Elizabeth Reiter's guest engagements have taken her to places including the Staatstheater in Kassel, the Oper im Steinbruch St. Margarethen, Opera Memphis, the Opera Company of Philadelphia and the Chicago Opera Theatre. She sang Zerlina (Don Giovanni) under James Levine at Tanglewood Music Center and The Dragonfly (L’enfant et les sortilèges) under Lorin Maazel at the Castleton Festival. She studied at Manhattan School of Music and the Curtis Institute of Music and enjoyed success at the Metropolitan Opera National Council Auditions and the Liederkranz Vocal Competition.

Find out more about Elizabeth Reiter on her website