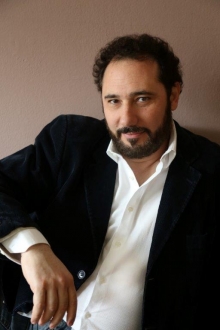 This internationally sought-after Italian tenor is back in Frankfurt to sing Pollione in Norma - a role he sang when the production first opened in 2018, the year he sang Cavaradossi in Tosca for the company. You can hear him later in the season as Luigi in Il tabarro. Other engagements have included Radamès (Aida) at the Deutsche Oper Berlin and Teatro San Carlo in Naples, Cavaradossi at the Semperoper in Dresden and Vienna State Opera, Calaf (Turandot), a role he has sung at theatres including the Lyric Opera of Chicago, Deutsche Oper Berlin and Munich and Vienna state operas, in Tokyo and Manrico (Il Trovatore) at Zurich Opera. Highlights in his career, including his sensational debut as Calaf under Riccardo Chailly at La Scala Milan in 2015, were Radamès at the Arena di Verona and Australian Opera in Sydney, Pinkerton (Madama Butterfly) at the Hamburg State Opera, Renato Des Grieux (Manon Lescaut) at the Nationale Opera in Amsterdam and Mikhailovsky Theater in St. Petersburg, Don Alvaro (La forza del destino) at Cologne Opera, Enzo Grimaldo (La Gioconda) at the Théâtre Royal de la Monnaie in Brussels, Riccardo (Un ballo in maschera) at the May Festival in Wiesbaden, Andrea Chénier and Cavaradossi at the Bayerische Staatsoper and Turiddu (Cavalleria rusticana) at the Semperoper in Dresden, La Scala Milan and the Staatsoper Unter den Linden in Berlin.