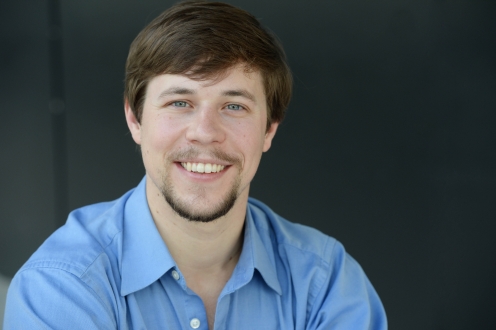 Michael Porter, who was a member of our Opera Studio before he joined the ensemble, has enjoyed great success adding new roles to his repertoire, including Mozart's Pedrillo (Die Entführung aus dem Serail), Ferrando (Così fan tutte) and Tamino (Die Zauberflöte). During the 2019/20 season this American tenor sings Don Ottavio again in Don Giovanni and his first Arbaces in Idomeneo. He can also be seen and heard as Edmondo in Manon Lescaut, a young sailor's voice in Tristan und Isolde and Laërte in Mignon - all new productions. His repertoire includes the roles of Andres (Wozzeck), The Novice (Billy Budd), Mosè (ll serpente di bronzo), Steuermann (Der fliegende Holländer / The Flying Dutchman), Brighella (Ariadne auf Naxos) and Helenus / Hylas (Les Troyens). He has also appeared here in recital. Other engagements have included Monostatos in a new production of Die Zauberflöte at the 2018 Salzburg Festival and Victorin/Gaston (Die tote Stadt / The Dead City) – roles he sang in Frankfurt – at the Semperoper in Dresden, a Squire (Parsifal) at the Staatsoper Berlin and the King in the world premiere of Tonguecat at the Munich Opera Festival. He made his debut at Fort Worth Opera singing Brighella. Michael Porter was a member of the Opera Theatre of St. Louis and Seagle Music Colony's Young Artist Programs.