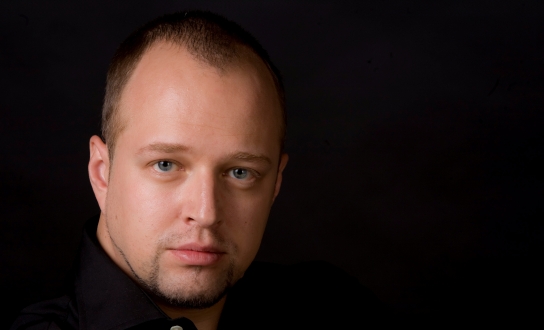 Dmitry Belosselskiy is one of the world’s most sought-after basses. This Russian artist began the season as Philip II in Don Carlo, in an Oper Frankfurt production at the Teatro Real in Madrid, a role he also sang at the Bolschoi in Moscow, where he recently sang Boris Godunov and is a regular guest. He returns to the Metropolitan Opera in New York for Fiesco in Simon Boccanegra, where he recently sang Fafner and the Commendatore, and can be heard at the Nationale Opera in Amsterdam as Zaccaria in Nabucco. Other recent engagements have taken Dmitry Belosselskiy to the Bayerische Staatsoper in Munich, the Staatsoper Berlin, Opéra national in Paris, Zurich Opera, the Theater an der Wien, Teatro dell’Opera in Rome, Washington National Opera, the Canadian Opera Company in Toronto and the Salzburg Festival. He also enjoys a busy concert career, appearing in halls such as the Konzerthaus in Vienna, Avery Fisher Hall in New York, the Harris Theater in Chicago, John Hancock Hall in Boston, the Luxembourg Philharmonie, Seoul Arts Centre and at the Bregenz Festival with orchestras including the London Philharmonic Orchestra, the Chicago Symphony Orchestra, the Gewandhausorchester in Leipzig and at the BBC Proms with conductors including Riccardo Muti, Zubin Mehta, Daniel Barenboim and Riccardo Chailly. Now he is back at Oper Frankfurt, where he sang the title role in Glinka’s Iwan Sussanin in 2017 to sing Boris Izmailov in this new production of Lady Macbeth of Mtsensk.