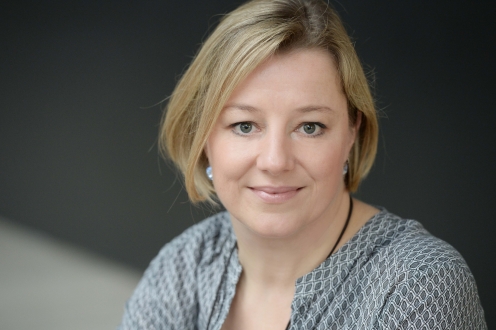 Claudia Mahnke, a highly respected and much loved member of the ensemble at Oper Frankfurt, is one of the most sought-after mezzo-sopranos in the world for roles including Fricka (Der Ring des Nibelungen), Judith (Bluebeard's Castle), Didon (Les Troyens) and the Composer (Ariadne auf Naxos). She has sung at the Bayreuth Festival many times. She recently thrilled audiences in Frankfurt as Brangäne in a new production of Tristan und Isolde, a role she has sung at Houston Grand Opera, Cologne Opera and the Bayreuth Festival, and Herodias in Barrie Kosky's new Salome, a role she has sung at the Staatsoper in Stuttgart, and she can be heard as Mère Marie de l'Incarnation in Claus Guth's new production of Poulenc's Dialogues des Carmélites and in recital next season. Her repertoire includes Marie (Wozzeck - live Oper Frankfurt recording - OehmsClassics), the Foreign Princess (Rusalka), Selika (Meyerbeer's L’Africaine), Ottavia (Lʼincoronazione di Poppea), Waltraute / Zweite Norn (Wagner's Ring), Octavian (Der Rosenkavalier) and the title role in Simplicius Simplicissimus. Recent engagements have included Jokaste (Oedipus Rex) and the Composer (Ariadne auf Naxos) at the Semperoper in Dresden, Waltraute in Götterdämmerung and Judith at the Hamburg State Opera and Judith at the Staatsoper in Stuttgart, where she was a member of the ensemble and who bestowed the title of Kammersängerin upon her. She has also appeared at the Bayerische Staatsoper in Munich, the opera houses in Madrid, Lyon, Essen, Cologne, San Francisco, Los Angeles, Houston, in Tokyo, Seoul, the Ruhrtriennale, Edinburgh International Festival and sang in La vestale at the Theater an der Wien.