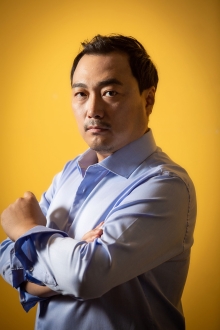 Korean born Alfred Kim was a member of the ensemble at Oper Frankfurt from 2008/09 – 2012/13, where he made a name for himself with Verdi roles including Don Carlo (this production), Henri (Les Vêpres siciliennes), Ismaele (Nabucco), Gabriele Adorno (Simon Boccanegra) and Alfredo (La traviata), and enjoyed great success with Rodolfo (La Bohème), Hoffmann (Hoffmanns Erzählungen / The Tales of Hoffmann) and Cavaradossi (Tosca). Now he is back to sing Don Carlos, where he recently sang Manrico in Il trovatore and his return to the company is already planned. Alfred Kim is an internationally sought-after artist. Recent engagements have included Don Carlo at the Teatro Real in Madrid, Radamès (Aida) in Rome, Calaf (Turandot) at the Deutsche Oper Berlin and Vienna State Opera, Andrea Chénier in Seville and Pollione (Norma) in Gran Canaria, and future plans include appearances in Tokyo (Carmen in concert) and Radamès (Aida) in Gran Canaria. He studied in Seoul, Frankfurt and Karlsruhe and started his career as a member of the ensemble at the Staatstheaters in Kassel and Wiesbaden. Alfred Kim has won many prizes and awards and has been teaching at the Kyung Hee University in Seoul since 2013.