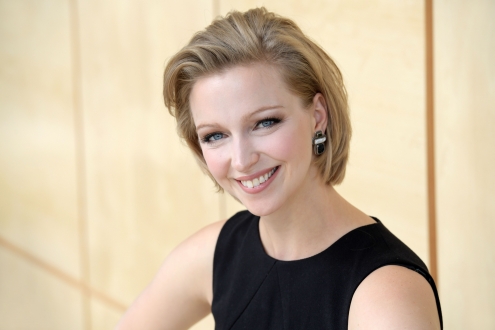 Last season the Canadian mezzo-soprano Julia Dawson, a former member of the Opera Studio, sand the Turnspit in a revival of Rusalka, Mizi in Schreker's Der ferne Klang / The Distant Sound and Mrs Nolan in Menotti's The Medium - both new productions – and repeated her wonderful portrayal of Goffredo in Rinaldo. This season she can be seen and heard as Axinya in the new production of Shostakovitch's Lady Macbeth of Mtsensk in Frankfurt and 3rd Dryad in Russalka at the Tirol Festival in Erl this December. Other roles with which she has thrilled audiences in Frankfurt have included Angelina (La Cenerentola), Second Witch (Dido and Aeneas), Countess Ceprano (Rigoletto), Tebaldo (Don Carlo) and roles in new productions of Křenek's Das geheime Königreich / The Secret Realm and Britten's Paul Bunyan. Other engagements have included the title role in Scarlatti's Erminia and Emilia (Catone in Uttica) with Opera Lafayette in the Kennedy Center Washington, where she appeared in recital, and New York and Musetta in La Bohème at Ópera de Guatemala.  Other operatic work has taken this young singer to Theater Chemnitz, Opera Philadelphia, Santa Fe Opera and the Glimmerglass Festival. Recent concert work has included the world premiere of Scott Ordway's monodrama Girl in the Snow with Musica+ in Frankfurt and Mozart's Mass in c minor with Vocal Concert Dresden. Julia Dawson has enjoyed success in competitions including the Metropolitan Opera National Council Auditions and received the George London Foundation Award and 2016 Anny-Schlemm-Prize.