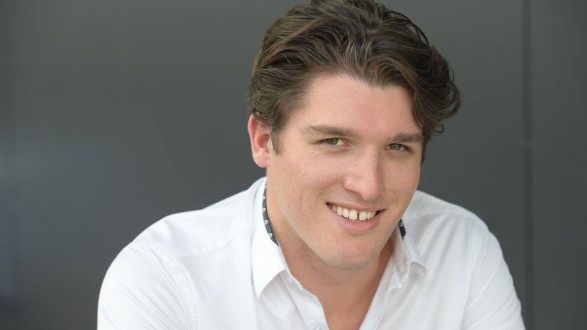 Award winning tenor Jonathan Abernethy left Zurich's international Opera Studio to join the Ensemble in Frankfurt in  2019/20. This artist from New Zealand made his debut in Germany here in Martinů's Julietta, which was followed by two role debuts: Sali (Delius' A Village Romeo and Juliet) and Chevalier de La Force (Dialogues des Carmélites). Roles for the company last season included the Broom-maker (Humperdinck's Königskinder), Raoul de St. Brioche (Die lustige Witwe / The Merry Widow) and a Spirit / Sailor (Dido and Aeneas). During the 2022/23 season he sings Balakin, a Young Servant and a Rogue in new productions of Tchaikovsky's Die Zauberin / The Sorceress, Elektra and Orff's Die Kluge / The Clever Woman, Lenski (Eugene Onegin) and Edmondo (Manon Lescaut). He recently sang Alidoro in Cesti's Orontea for Opera Australia and  Pinchgut Opera, his first Nemorinos in L’elisir d’amore at the 2020 Tirol Festival in Erl and made his debut in Paris in 2019  singing Brighella in Ariadne auf Naxos) at the Théâtre des Champs-Élysées, a role he sang at the 2018 Festival d’Aix-en-Provence where he also appeared in recital. Other engagements have included Mozart's Tamino and Don Ottavio, Fenton (Falstaff) and Nadir (Les pêcheurs des perles) at Opera Australia, West Australian Opera and New Zealand Opera, where he will be singing Ferrando in Così fan tutte. Concert work has included appearances with the Insula Orchestra, the Tasmanian Symphony Orchestra, Royal Melbourne Philharmonic Orchestra and the Royal Concertgebouw Orchestra under Thomas Hengelbrock.