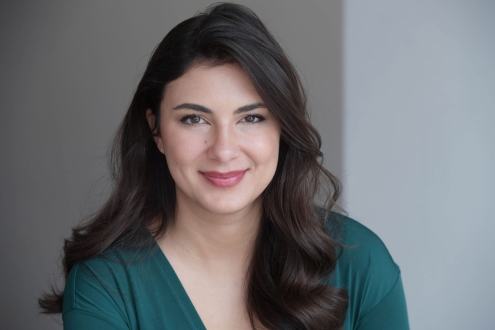 The Cuban / American soprano Elena Villalón joins the Ensemble at Oper Frankfurt in the 2022/23 season, during which you can hear her as Iole and Romilda in Handel’s Hercules (new production) and Xerxes. At Houston Grand Opera, where she was a member of their Studio, she enjoyed great success last season as Amy in the world premiere of Joel Thompson’s The Snowy Day and her first Juliettes in Roméo et Juliette. Other recent engagements have included her debuts at Dallas Opera as Tina in Jonathan Dove’s Flight and Austin Opera as Susanna in Le nozze di Figaro. Highlights during Houston Grand Opera’s digital 2020/21 season included David T. Little’s Vinkensport, The Snowy Day and Hänsel und Gretel and Sophie in Werther the title roles in Lulu and L’incoronazione di Poppea for their Opera Studio Showcase. Roles in Houston in 2019/20 included Inés in Donizetti's La Favorite and La Mujer in the world premiere of Javier Martínez’ El Milagro de Recuerdo , the season she made her professional debut as a Gerdine Young Artist at the Opera Theatre of Saint Louis, where she sang Barbarina in Le nozze di Figaro and won the Barbara and Stanley Richman Award. She has appeared in concert and recital at the Tanglewood Music Center and Songfest as a Colburn Fellow and, most recently, in a Vocal Arts DC series at Kennedy Center. This winner of the Metropolitan Opera‘s 2019 Grand Final Auditions enjoyed great success at the Hans Gabor Belvedere Competition and won the audience prize in the finals of Houston Grand Opera’s Eleanor McCollum Competition.