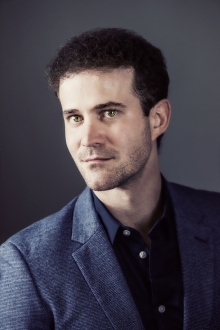 The pianist Ammiel Bushakevitz, who was born in Jerusalem and grew up in South Africa, studied in Berlin, Leipzig and Paris. His teachers included Pierre-Laurent Aimard, Helmut Deutsch, Alfred Brendel and Dietrich Fischer-Dieskau, whose 2011 Lieder masterclasses at the University of the Arts in in Berlin and Schubertiade in Schwarzenberg he accompanied. He has since appeared in recital with singers including Thomas Hampson, Matthias Goerne, Barbara Bonney, Robert Holl, Elly Ameling, Thomas Quasthoff, Brigitte Fassbaender and Teresa Berganza and holds regular masterclasses for young pianists. He has appeared as soloist and chamber musician at festivals including those in Lucerne, Salzburg, Bayreuth, Oxford and Vancouver, the Heidelberg Spring Festival, Festival d’Aix-en-Provence, Festival Musica Classica de Montréal, the Shanghai Music Festival, Pablo Casals Festival, the Schubertiade in Vorarlberg, the Festival Pitic in Mexico, and the Melbourne Arts Festival. His debut solo CD, of music by Schubert, was released in 2013 and followed by other prize winning recordings: Barcelona 2015 (Solfa Records), Jerusalem 2016 (BIS), Vienna 2017 (Gramola), Lisbon 2017 (Hänssler Classic). Future plans include tours of China, Australia, New Zealand, South America and the USA and concerts in the Wigmore Hall in London, Konzerthaus in Berlin, the Shanghai Concert Hall and Salle Pleyel in Paris. Ammiel Bushakevitz is president of Les Voix d'Orphée, a member of the Société des Arts Sciences et Lettres de Paris, a Deutsche Akademische Austauschdienste alumnus, and an honorary member of the Richard Wagner Verband and Edison Fellow of the British Library in London.