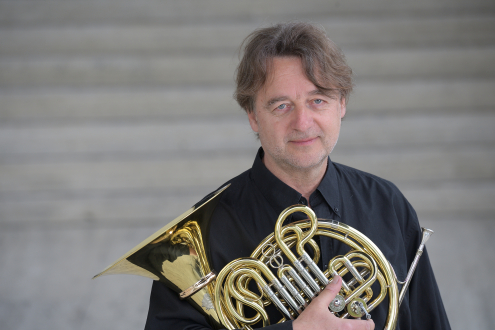 Thomas Bernstein, born in Leipzig in 1958, studied in Cologne with Prof. Erich Penzel Horn. After a year with the Essen Philharmonic Orchestra he took on the post of deputy solo horn with Frankfurt Opern- und Museumsorchester in 1983, also performing with various chamber music ensembles and making regular appearances with other leading orchestras including the Berlin Philharmonic, the Tonhalle-Orchester Zürich and NDR(Norddeutsche Rundfunk) and WDR(Westdeutsche Rundfunk) symphony orchestras. Thomas Bernstein has been teaching at the University for Music and the Performing Arts in Frankfurt since 2001.