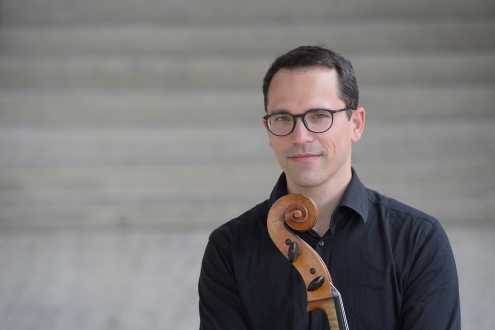 Florian Fischer has been a member of the Frankfurt Opern- und Museumsorchester since 2007. He studied the cello at the universities for music in Hamburg with Prof. Wolfgang Mehlhorn and Saarbrücken with Prof. Gustav Rivinius, playing with the Saarländ Symphony Orchestra and Norddeutsche Rundfunk. He is a sought-after teacher of youth orchestras, including the Junge Deutsche Philharmonie, and a member of Amici, a group of musicians, the Mahagonny Cello and Heygster quartets.