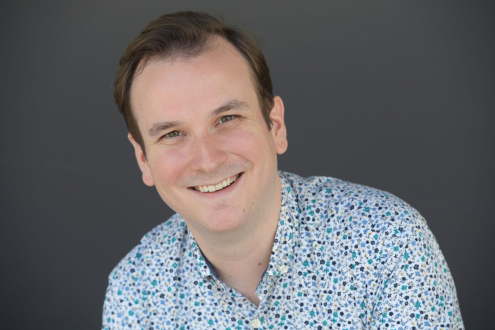 Brian Michael Moore comes from Cincinnati in Ohio and joined the ensemble last season, making his house debut as Schmidt in Werther, during which he also sang the Shepherd in Stravinsky's Oedipus Rex, Narraboth and Remendado in Barrie Kosky's stunning Salome and Carmen, a Singer in a new creation: Warten auf heute / Waiting for Today, the Duke in Rigoletto, a Vision of a Young Man in our mesmerizing production of Die Frau ohne Schatten, Flute / Thisby in a wonderful new Britten's A Midsummer Night’s Dream and Eurymachos in a new production of Dallapiccola's Ulisse. During the 2022/23 season you can hear him as an Italian Tenor in Capriccio, The Chevalier in our wonderful Schreker's Der ferne Klang / The Distant Sound and the Father in a new production of Britten's The Prodigal Son. He recently sang the title role in Les contes d'Hoffmann at Oper Göteborg. He was awarded his Bachelor and Master of Music by the Manhattan School of Music, where he studied with Mark Oswald. He joined the Metropolitan Opera's Lindemann Young Artist Development Program in 2018/19, where he made his debut in Il tabarro, which was followed by roles in Die Zauberflöte and La traviata. During his time as a member of Los Angeles Opera's Young Artists Program he sang a Jew in Salome, Spoletta in Tosca, Remendado in Carmen and the Governor in Candide. He also sang Nathanael in The Tales of Hoffmann for the company under Placido Domingo, the Duke in Rigoletto for Asheville Lyric Opera and the Brevard Music Festival, appeared in Luke Bedford's Seven Angels at the Aspen Music Festival, sang Don Ottavio in Don Giovanni at the Festival Due Mondi in Spoleto and the Teatro Coccia di Novara and Froh in a new production of Das Rheingold at the 2021 Tirol Festival in Erl. Prizes have included the Classical Singer Competition, the 2018 Sara Tucker Study Grant and a prize from the Festival Due Mondi in Spoleto in 2017.