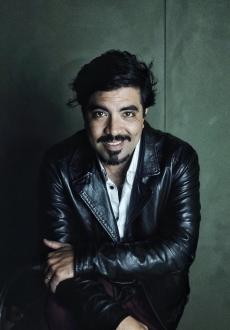 The Argentinian tenor Francisco Brito received a scholarship from the arteMusica Foundation from 2011 - 2013. He studied in Argentinia before going to Italy to join the Accademia d’Arte Lirica di Osimo and the Scuola dell’Opera Italiana di Bologna, where he specialised in Rossini. He made his operatic debut in 2006, as Libenskof in Il viaggio a Reims at the Rossini Opera Festival in Pesaro. This was followed by appearances at the Teatro Comunale Mario del Monaco di Treviso (Lindoro in L’Italiana in Algeri), Opera Lombardia (La scala di seta) and the Teatro Argentino de La Plata in Buenos Aires. He sang various roles for the company while he was a member of Oper Frankfurt's Opera Studio from 2011 - 2013. He made his debut at the Semper Oper in Dresden (Anna Bolena) in 2011. Recent engagements have included Lindoro at the Fondazione Arena di Verona, Le Comte Ory at the Opéra de Toulon Théâtre Municipal, Carlo Scavronski at the Fondazione Teatro Donizetti (Bergamo) and Dorvil at the Teatro La Fenice in Venice. Now he is back in Frankfurt to sing Ernesto in this new production of Don Pasquale in the Bockenheimer Depot and again at the Tirol Festival in Erl this winter.