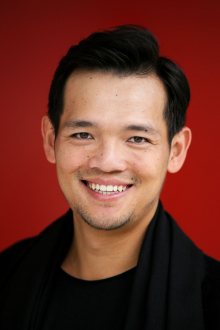 The lyric tenor Tianji Lin joins Oper Frankfurt's Opera Studio in the 2019/20 season. This young Chinese artist studied singing at Beijing Normal University, Stuttgart's University for Music and the Performing Arts and spent the last two years at the August Everding Theaterakademie in Munich being taught by Julian Prégardien. He appeared as an Apprentice in performances of Die Meistersinger von Nürnberg at the Bayreuth Festival from 2017 – 2019 and took part in an Akademie production of Hasse's Artaserse in Bayreuth's Markgräflich Opera House. During his time in Munich he sang Ferrando (Così fan tutte) in the Prinzregententheater, the title role in Haydn's Orlando Paladino and Don José (Carmen) at the Theaterakademie and Ingolstadt Theatre. Roles he has studied include Mozart's Don Ottavio, Belmonte and Tamino, Elvino (La sonnambula), Arturo (I puritani), Nemorino (L’elisir d’amore), Alfredo (La traviata), Gounod's Faust, Hoffmann (Les contes d’Hoffmann) and Rodolfo (La Bohème). He won 1st prize at the 2010 Roma Opera Competition.