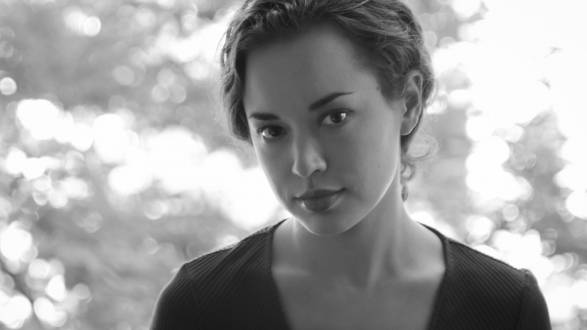 This American soprano is making her debut at Oper Frankfurt as Sophie in Werther, where she can also be heard this season as Susanna in Le nozze di Figaro. She graduated from the Juilliard School in New York and won the 2012 Savonlinna Opera Festival prize and Oper Graz' special prize at the International Hans Gabor Belvedere singing competition in Vienna. She joined the ensemble at the Staatsoper in Hannover before moving to Hessen's Staatstheater in Wiesbaden in 2014/15, where roles included Donna Elvira (Don Giovanni), Konstanze (Die Entführung aus dem Serail), Oscar (Un ballo in maschera) and Euridice (Orpheus und Eurydike) and where she can be heard again in 2020/21 as Cherubino (Le nozze di Figaro), Saffi (Der Zigeunerbaron / The Gipsy Baron), Gilda (Rigoletto) and Violetta Valéry (La traviata). While a member of the ensemble at the Hamburg State Opera in 2016/17 her roles included Musetta (La Bohème). Her many recent guest engagements have taken her to places including the Bolschoi in Moscow and Staatstheater in Stuttgart for the title role in Alcina, the Deutsche Oper Berlin (for roles including the Queen of the Night and four lead ladies in Les Contes d’Hoffmann), the Komische Oper Berlin for Mimì (La Bohème), the Royal Opera House Covent Garden in London for Barbarina (Le nozze die Figaro), Sophie (Werther) and the Forest Bird (Siegfried), the Opéra Royal de Wallonie in Liège for Liù (Turandot) and Cagliari for Donna Anna (Don Giovanni). She is also in demand for concert work and has appeared with orchestras including the Dresden and Dortmund philharmonics, the Moscow State Symphony Orchestra, Xi'an Symphony Orchestra and Hamburg Symphony.