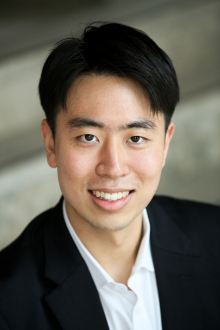 The South Korean bass-baritone Pilgoo Kang was a member of Oper Frankfurt's Opera Studio from 2019/20 - 2021/22, during which time which he appeared in productions of Manon Lescaut and Křenek's Das geheime Königreich / The Secret Kingdom, sang a Monk in Verdi's Don Carlos, 2nd Soldier in Salome, Count Ceprano in Rigoletto, Lorek in the first ever performances in Frankfurt of Giordano's Fedora and Yakusidé in a new production of Madama Butterfly. He returns as a guest in 2022/23 so sing Alidoro in La Cenerentola, Potap and Azarja in new productions of Tchaikovsky's The Enchantress and Britten's Burning Fiery Furnace and a Captain in Eugene Onegin. He graduated from Seoul National University and appeared on stage whilst still a student many times, in roles including Leporello and the Commendatore (Don Giovanni) and Raimondo (Lucia di Lammermoor, in concert). He made his professional debut singing Antonio (Le nozze di Figaro) in der Sowol Art Hall in Seoul and has taken part in many masterclasses, including ones held by his mentor, Kwangchul Youn.