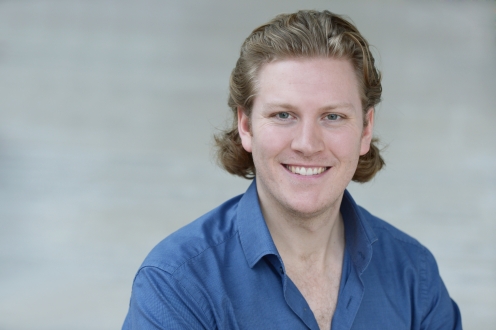 Gordon Bintner, who joined the ensemble in 2016/17, started the 2021/22 season off with Don Polidoro in a new production of Cimarosa's L'italiana in Londra, which was followed by 1st Nazarene in Salome, Escamillo in Carmen and a wonderful recital. Now he can be heard as Don Alfonso in Così fan tutte and a recital. This Canadian bass-baritone has thrilled audiences in Frankfurt with roles including Figaro and Almaviva (Le nozze di Figaro), Papageno (Die Zauberflöte), Argante (Rinaldo), Gorjančikov (Aus einem Totenhaus / From the House of the Dead), Chorèbe (Les Troyens), the Graf (Capriccio), Harlekin (Ariadne auf Naxos), Count (Schreker's Der ferne Klang / The Distant Sound - available on CD - OehmsClassics), Plumkett (Flotow's Martha) and Uberto (La serva padrona). Gordon Bintner sang his first Eugene Onegins and Belcores in L'elisir d'amore at the Canadian Opera Company in Toronto, where he was a member of their studio ensemble. Other engagements have included Papageno at the Michigan Opera Theatre in Detroit, Astolfo (in Lucrezia Borgia, in concert) at the Salzburg Festival, the Herald (Otello) at the Salzburg Easter Festival under Christian Thielemann, Mozart's Figaro at Manitoba Opera in Winnipeg and Lescaut (Manon) in Montreal. He is much in demand for concert work and has appeared with the Milwaukee Symphony Orchestra under Edo de Waart and Montreal Symphony Orchestra under Kent Nagano. Future plans include his debuts at the Royal Opera House Covent Garden as Guglielmo in Così fan tutte, and the Opéra National de Paris as Junior in Bernstein's A Quiet Place.