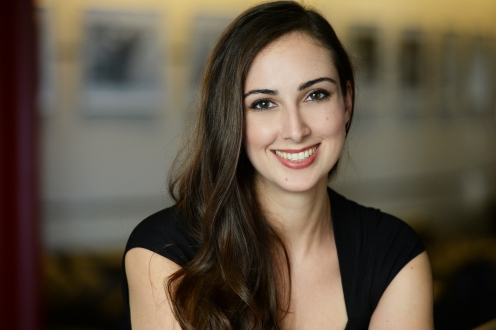 During the 2020/21 season the American mezzo-soprano Cecelia Hall can be heard as Marzelline in Le nozze di Figaro, the title role in Handel's Xerxes and Mère Jeanne de l'Enfant Jesus in a new production of Dialogues des Carmélites. Roles last season included Irene in Tamerlano and she joined forces with Maria Bengtsson, with whom she was scheduled to sing her first Octavians in Rosenkavalier, which was cancelled due to the coronavirus shutdown, in recital. Roles for the company have included Mozart's Idamante (Idomeneo), Dorabella (Così fan tutte), Zerlina (Don Giovanni), Cherubino (Le nozze di Figaro) and 2nd Lady (Die Zauberflöte), Marguerite (La damnation de Faust), Humperdinck's Hänsel, Purcell's Dido and Fulvia in Gluck's Ezio. She graduated from the Juilliard School in New York, sang in Manon and Iphigénie en Tauride at the Metropolitan Opera in New York and in Elektra, Lucia di Lammermoor and Annio in La clemenza di Tito at the Lyric Opera of Chicago. She sang her first Sestos in La clemenza di Tito at the Opera Theatre of St. Louis. She also enjoyed great success as Rosina in Il barbiere di Siviglia at the Canadian Opera in Toronto, Cherubino at the Bayerische Staatsoper in Munich and Philadelphia Opera and the Composer (Ariadne auf Naxos) under Vladimir Jurowski in Moscow's Philharmonie. Other engagements have taken her to places including Seattle, Santa Fe and the Aix-en-Provence Festival. This award winning artist has also appeared at venues including the Carnegie Hall in New York, Wigmore Hall in London and the Mostly Mozart Festival.

LIVE STREAM: instead of performances in January