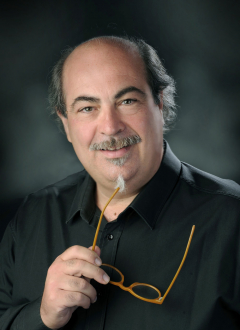 Donato Di Stefano, one of the world's most sought-after buffo bassos, is back at Oper Frankfurt, where he has sung Gianni Schicchi, Bartolo in Il barbiere di Siviglia, Fra Melitone in concert performances of La Forza del Destino and Geronte in a new production of Manon Lescaut for the title role in this new production of Don Pasquale. This Italian singer's career has taken him to the Metropolitan Opera in New York, La Scala Milan, the Salzburg Festival, the opera houses in cities including Paris, Brussels, Amsterdam, Toronto, Hamburg, Tokyo and Washington. He will be returning to the Staatsoper in Berlin for Bartolo, will sing in Il matrimonio segreto and La Bohème at Cologne Opera, La Bohème at the Canadian Opera Company in Toronto, Il trittico at the Bayerische Staatsoper in Munich and Gianni Schicchi at the Saito Kinen Festival in Japan. He is also closely involved with the Innsbruck Festival for Early Music. His extensive repertoire includes Don Magnifico (La Cenerentola), Don Pasquale (which he has sung at places including the Donizetti Opera Festival in Bergamo), Dulcamara (L'elisir d'amore) and Falstaff. Donato Di Stefano has worked with many leading conductors since making his debut in Rome in 1989, including Gianandrea Gavazzeni, James Levine, Seiji Ozawa, Riccardo Muti, Zubin Mehta, Nikolaus Harnoncourt, Salvatore Accardo and Riccardo Chailly.