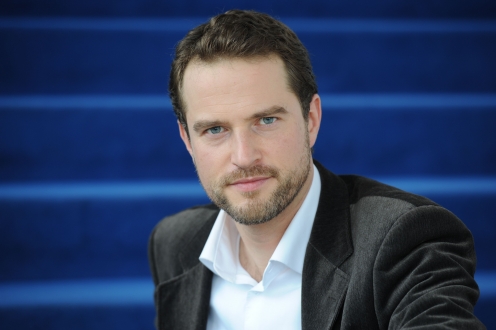 During the 2020/21 season Sebastian Geyer can be heard as Lorek in a new production of Giordano's Fedora and First Soldier in Salome. Last season he added two new roles to his repertoire: Eurymaque in Fauré's Pénélope and Don Pomponio in Rossini's La gazetta (both new productions) and repeated his portrayal of the Narr / Jester in a Křenek triple bill. The planned revival of Rosenkavalier, in which he was due to sing Faninal for the first time, sadly fell foul of the corona shutdown. He recently added four new roles to his repertoire: the Count in Strauss' Capriccio, Music Teacher in Ariadne auf Naxos, Bogdanowitsch in Die lustige Witwe / The Merry Widow and Rudolf in a new production of Schreker's Der ferne Klang / The Distant Sound. This versatile baritone, a member of the ensemble for many years, has enjoyed great success with roles including Purcell's Aeneas, Handel's Giulio Cesare, Telemann's Orpheus and Creonte in Cesti's LʼOrontea (CD – OehmsClassics), Mozart's Don Giovanni, Guglielmo, Almaviva and Papageno, Dr. Falke (Die Fledermaus) and Basil Basilowitsch in Der Graf von Luxemburg (CD - OehmsClassics), Hel Helson in Britten's Paul Bunyan, Háraschta in Das schlaue Füchslein / The Cunning Little Vixen (CD - OehmsClassics), Jaroslav Prus in Die Sache Makropuloas / The Makropoulos Case, roles in a Martinů triple bill, Barone Tito Belcredi in Trojahn's Enrico, Sebastian in Adès’ The Tempest and Ingo in the world premiere of Herrmann's Der Mieter / The Tenant - commissioned by Oper Frankfurt. Sebastian Geyer recently sang the title role in Schumann's Szenen aus Goethe's Faust at the Lucerne Festival and Millöcker's Gasparone at the Volksoper in Vienna. He was under contract to Theater Heidelberg before moving to Frankfurt. Other recent guest engagments have included appearances at the Stuttgart and Wiesbaden state operas, the Opéra de Lausanne, Theater Luzern and Schwetzingen's rococo theatre. He was nominated for »Singer of the Year 2006« in Opernwelt magazine for his interpretation of Don Giovanni and teaches singing at the University for Music in Zurich.

The Night Before Christmas