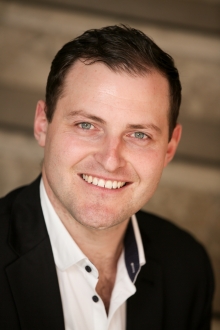 The Australian tenor Michael Petruccelli, who studied at the University of Melbourne, joined the Opera Studio at Oper Frankfurt in the 2018/19 season, during which he made his debut in Germany singing the Italian Tenor in the first revival of our new production of Strauss’ Capriccio, which was followed by an Officer in Ariadne auf Naxos and Basilio / Don Curzio in Le nozze di Figaro. His roles for the company this season include Lucio / A Gondolier in a new production of Rossini's Otello, an Official / Night Watchman (Julietta), the Graf von Lerma (Don Carlo), A young Sailor in the new production of Tristan und Isolde, Remendado (Carmen), a Court Orderly in a new production of Rossini's Bianca e Falliero and a Landlord (Der Rosenkavalier). This lyric tenor's roles for Opera Australia have included Stephen Goldring in Alan John's The Eighth Wonder and Pedro (Two Weddings, One Bride) and Goro in Madama Butterfly. He also enjoys a close relationship with Victoria Opera, where his roles have included Beppe (Pagliacci), Le Hérault (Cendrillon) and Lord Arturo Bucklaw (Lucia di Lammermoor). His repertoire includes Mozart's Tamino and Don Ottavio, Steuermann (Der fliegende Holländer) and Edrisi (Król Roger / King Roger). He has also made a name for himself in concert and recital singing, amongst others, in Bach's Magnificat and St. Matthew Passion, Haydn's Nikolaimesse, Mozart's Coronation Mass and Requiem and Saint-Saëns' Christmas Oratorio. He was a prize winner at the 2017 Ljuba Welitsch singing competition, was awarded the Richard Bonynge Study Scholarship and is backed by the Melba Trust Opera.