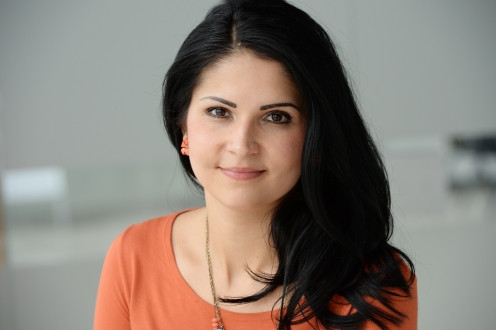 During the 2020/21 season Judita Nagyová can be heard as Hänsel (Hänsel und Gretel), Olga in Tchaikovsky's Eugene Onegin and a barmaid in a new production of Boris Godunov.  The corona shutdown prevented her from singing a Lady in Waiting in a new production of Henze's The Prince of Homburg and Preziosilla in La forza del destino last season. She was born in Slovania and has built up a substantial repertoire during her years in the ensemble at Oper Frankfurt, including Martha (Iolanta), Wellgunde (Das Rheingold), Rossweiße (Die Walküre), Hannah (Weinberg's Die Passagierin / The (female) Passenger), Anna (Les Troyens), Geneviève (Pelléas et Mélisande), Cherubino / Marcellina (Le nozze di Figaro), Pippo (La gazza ladra / The Thieving Magpie), Kristina (Die Sache Makropulos / The Makropoulos Case), Tisbe (La Cenerentola) and, most recently, Maddalena (Rigoletto). She also took part in the world premiere of Arnulf Herrmann's Der Mieter / The Tenant - commissioned by Oper Frankfurt. Judita Nagyová enjoyed great success as Jezibaba in Rusalka at the 2019 Erl Winter Festival and has performed at the Festwochen in Vienna, the Aalto-Musiktheater Essen, Teatro La Fenice in Venice, the Concertgebouw in Amsterdam and the Wexford Opera Festival. She was engaged to sing Mercédès in Carmen two years running by the Bregenz Festival. She studied in Bratislava and began her career at the Deutsche Oper am Rhein's Opera Studio before joining the ensemble at the Staatstheater in Nürnberg.