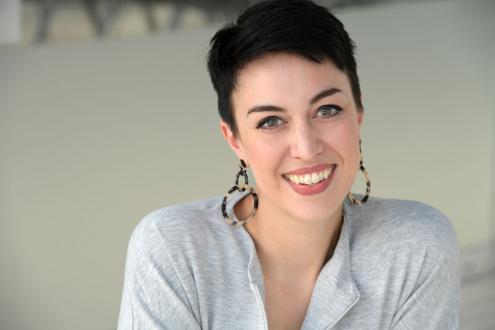 New Zealand born mezzo-soprano Bianca Andrew left Oper Frankfurt's Opera Studio to join the ensemble last season, during which she sang a Musician and Alkandre in new productions of Manon Lescaut and Fauré's Pénélope, Tebaldo in Don Carlo and Mercédès in Carmen  before corona struck, preventing her from singing Zerlina in Frankfurt and Cherubino for New Zealand Opera. During the 2010/21 season she will delight you as Cherubino (Le nozze di Figaro), the title role in Xerxes, Hänsel (Hänsel und Gretel), and Dimitri and Fjodor in new productions of Giordano's Fedora & Mussorgsky's Boris Godunow.  She enjoyed great success as Anna, Enrichetta di Francia and a Waitress in recent new productions of Meyerbeer's L'Africaine, Bellini's I puritani and Schreker's Der ferne Klang / The Distant Sound, in Daphne, Rigoletto and in recital in the Holzfoyer. She won the Song Prize at the 2016 Kathleen Ferrier Awards. She sang Flamel (role debut) in Fantasio when she appeared at Garsington Opera for the first time in 2019 and Beatrice in Beatrice Cenci when making her debut at the Bregenz Festival in 2018. After studying in New Zealand Bianca Andrew joined the Guildhall School of Music &  Drama in London, where roles included Handel's Radamisto, Laura (Iolanta) and Philomène (Martinů's Alexandre Bis). She returned to New Zealand Opera, where she began her career as an Emerging Artist, in 2017 for concert performances of Manon Lescaut.