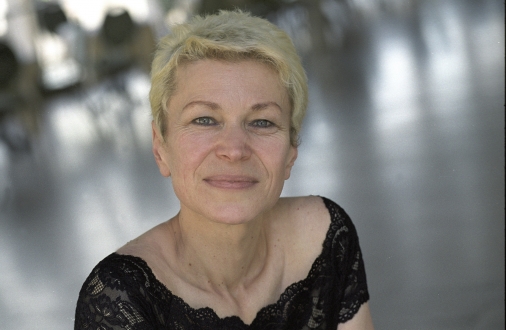 Margit Neubauer, who was given the title of Kammersängerin by Oper Frankfurt in 1993, where she was a member of the ensemble from 1977 - 2015. This season she returns for a Senior Warder in Weinberg's Die Passagierin / The (female) Passenger and Praskowia in the new production of Die lustige Witwe / The Merry Widow. Recent roles for the company were Gräfin Stasa Kokosow in Der Graf von Luxemburg and Anhilte in Kálmán's Die Csárdásfürstin - both in concert. Guest engagements over the years have taken this mezzo-soprano to many of the world's leading opera house, including the Deutsche Oper Berlin, the Hamburg State Opera and Zurich Opera. She has also sung in Amsterdam, Jerusalem and Los Angeles and at the Bayreuth and Salzburg festivals. Directors and conductors with whom she has worked have included Harry Kupfer, Ruth Berghaus, Hans Neuenfels, Peter Mussbach and Alfred Kirchner, Nikolaus Harnoncourt, Michael Gielen, Giuseppe Sinopoli, Lorin Maazel and Sylvain Cambreling. Margit Neubauer has sung many, varied, roles during the course of her career, including Sesto (Giulio Cesare in Egitto), Cherubino (Die Hochzeit des Figaro/Le nozze di Figaro), Dorabella (Così fan tutte), Emilia (Otello), Adriano (Rienzi), Flosshilde (Ring), Bizets Carmen, Niklaus (The Tales of Hoffmann), Dalila (Samson und Dalila), Anna (The Trojans), Octavian (Der Rosenkavalier), Hänsel (Hänsel und Gretel) and a Gymnasiast / Dresser / Groom (Lulu). She also took part in the world premiere of John Cage's Europeras 1 & 2.