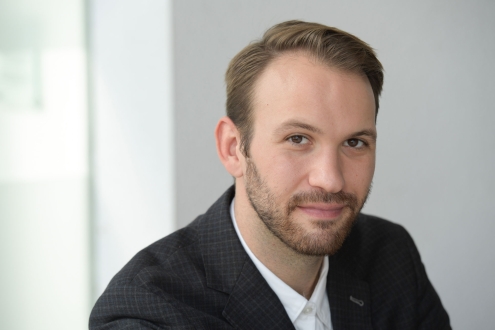 The American baritone Jarrett Porter joined the Opera Studio at Oper Frankfurt this season, during which he sings the Major-Domo in Strauss’ Capriccio, Leone in Tamerlano and Edgar, the Older Son / Herald-Courtier and Duke Hoël in the world premiere of Vito Žuraj’s Blühen / Blossoming, a new Benjamin Britten The Prodigal Son / The Burning Fiery Furnace double bill and Frank Martin’s Le vin herbè which nearly premiered in 2020/21. He is Artist in Residence at Marlboro Music and recently returned to the Opera Theatre of Saint Louis, where he sang in world premieres of Steve Mackey’s Moon Tea and Damien Sneed’s The Tongue & The Lash, to sing Oliver Sacks in the world premiere of Tobias Picker’s Awakenings. He made his professional debut in April 2022, singing Guglielmo in Così fan tutte at Arizona Opera and has appeared in recital at Truman University and the Juilliard School. This award winning singer took part in the International Meistersinger Academy (IMA) in Neumarkt, where he appeared with the Nürnberg Symphony. He also graduated from the Marion Roose Pullin Arizona Opera Studio and Santa Fe’s Apprentice Program, Glimmerglass Festival and Opera Saratoga. He trained at the Eastman School of Music in Rochester, the San Francisco Conservatory of Music sowie and the Juillard School in New York.