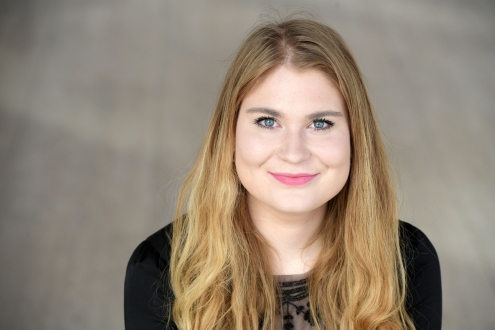 Swedish soprano Karolina Bengtsson joined Oper Frankfurt's Opera Studio in 2021/22, during which she sang Clotilde (Norma), Frasquita (Carmen), Second Woman (Dido and Aeneas), 2nd Maid in a new production of Luigi Dallapiccola's Ulisse, Suor Osmina (Suor Angelica) and jumped in at the last minute to sing Kate Pinkerton in Madama Butterfly. Her roles during the 2022/23 season include Pamina / Papagena and Isaura in new productions of Die Zauberflöte and Mercadante's Francesca da Rimini and a Cock / Jay in The Cunning Little Vixen. She studied at the Royal Danish Academy of Music in Copenhagen before going to the Mozarteum in Salzburg, where teachers included Barbara Bonney, who guided her through her masters degree, and where she recently sang her first Pamina in Die Zauberflöte. Roles at the Royal Danish Academy of Music included First Lady Draft in Vestergård's Titanic, Fiordiligi (Così fan tutte) and Alter ego with Troubadours21 in Abstract Love. Other engagements have included Mathilde in The Danish Benefit For The Refugees Show. She appeared with the violinist Malin Broman and the Musica Vitae Chamber Orchestra in the world premiere of The Death and Juliet. Karolina Bengtsson reached the finals of the 2021 Anny Schlemm Competition, won a prize at the 3rd International Haydn Competition for Classic Lieder and Arias in 2018 in Rohrau, won the 2020 Singing Competition in Weikersheim and a prize at the Schloss (castle) Rheinsberg competition.