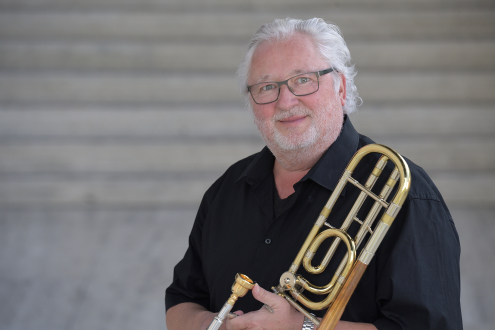 Hartmut Friedrich has played with the Frankfurt Opern- und Museumsorchester with enthusiasm for more than 30 years. He was born in Weindorf, Baden, where he made his first attempt on the instrument in a trombone choir. Hartmut Friedrich went to a musical high school in Karlsruhe, sang in the choir, played for three years in Baden-Württemberg's Regional Youth Orchestra, and three years in the National Youth Orchestra. He studied at the University for Music in Mannheim and had lessons in London. He spent two years at the Nationaltheater in Mannheim before moving to Frankfurt in 1989. He spends as much of his spare time as possible gardening and the kitchen, particularly when his adult children, family and friends come to visit.