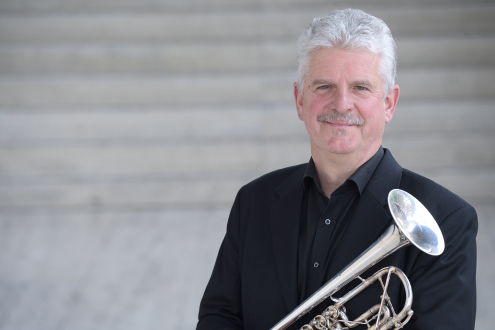 Wolfgang Guggenberger studied the trumpet with Prof. Kurt Nagel in Mannheim. He has been a member of the Frankfurt Opern- und Museumsorchester since 1986. Wolfgang Guggenberger has performed at many festivals and with other orchestras including the RSO Saarbrücken, the Bamberg Symphony and the Südwestfunk Orchestra. He also has great fun playing with Frankfurt Chamber Brass, Oper Frankfurt's brass ensemble.