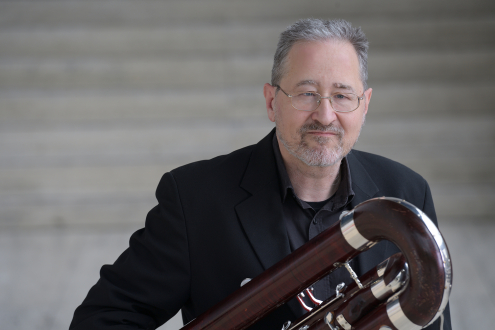 Eberhard Beer was born in Lahr, Schwarzwald, and had his first bassoon lesson in 1975, at the Youth Music School in Neu-Isenburg. He studied at Dr. Hoch’s Konservatorium in Frankfurt from 1977 - 1985, where he was taught by Horst Winter and Karl Ventulett. He was a member of Hessen's youth orchestra from 1983 – 1986 and played in the army band in 1985. He completed his bassoon and contrabassoon studies in 1988 at the University for Music and the Performing Arts in Frankfurt. He has been playing the bassoon and contrabassoon with the Frankfurt Opern- und Museumsorchester since 1988. He also played for the 1997 Bayreuth Festival.